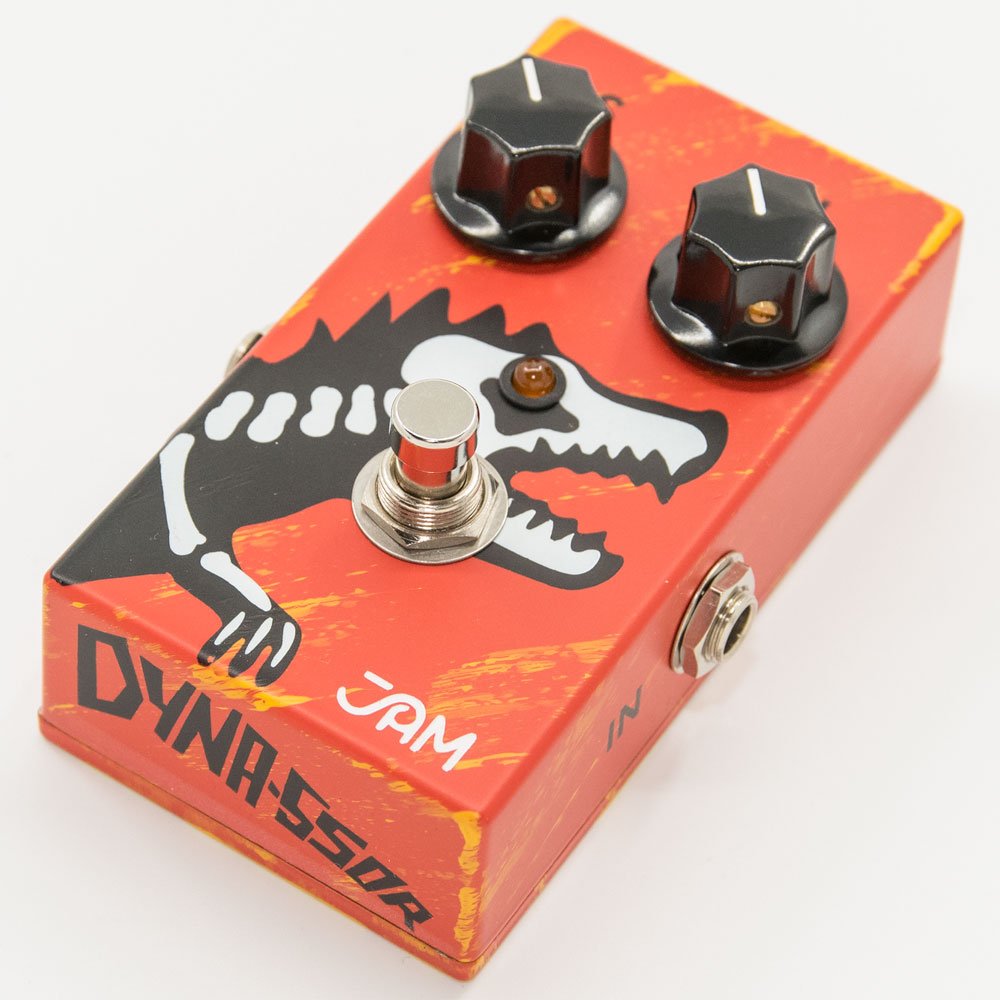 Introducing The Dyna-ssor Compressor/Sustainer from JAM Pedals. This is their analog homage to two pioneers of the stage-ready compressor - The MXR Dyna Comp and the Ross Compressor. Before they entered the game in the early 70's you had to go to a fancy studio and plug into giant rack mounted compressor units if you wanted any of that magic on your guitar. It was not new magic either, as compression had long been an absolute necessity in any good studio to balance the dynamics of individual tracks and mixes. However, people soon discovered that the components in a compressor unit could be tailored toward the sound of individual instruments (say, the guitar) and the rest is history.

JAM is known for the NOS obsession and the Dyna-ssor falls right in line. It features a rare CA3080 chip that allows you to get a juicy swell just about anywhere on the sustain dial. This component was the very heart of both the original Ross and Dynacomp circuits. The controls are as simple and effective as their forefathers too, with just Level and Sustain knobs. Whether you're looking for classic Nashville squash or screaming Trey Anastasio style sustain, the Dyna-ssor will hit the sweet spot and everywhere in between. If you like compression and especially if you haven't enjoyed it before, the Dyna-ssor is worth a try. Every JAM pedal is hand-made and hand-painted in Athens, Greece and are favorites of uber-players like John Scofield, Julian Lage, Bill Frisell, Nels Cline, Andy Timmons, Steve Lukathor, and Sean Ono-Lennon.