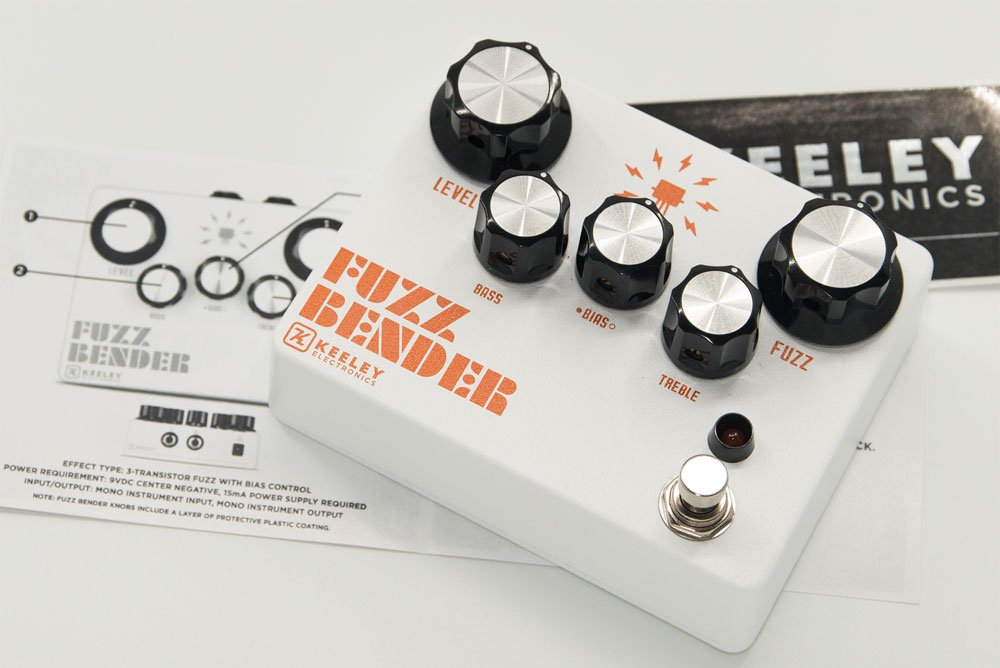 At this point in the ever-growing world of pedals, users are more and more aware of the components that make or break your tone quest. When it comes to Fuzz, the debate surrounds the classic battle of Silicon vs. Germanium. Keeley is no stranger to this back-and-forth and has mostly taken the vintage germanium route with hit pedals like the Holy Fuzz, Super Retro Phat Mod, Red Dirt Germanium, etc. This time around he decided to stop picking sides and give the people what they want: Active EQ Hybrid Fuzz.

The Fuzz Bender utilizes both high-gain silicon and smooth germanium transistors to give you the best of both worlds while having unprecedented tone shaping abilities. Tweaking the Treble and Bass controls can take you from the searing 60's Fuzz Face all the way to the 90's Big Muff thrash, no matter what kind of pickups you're running. As a bonus Keeley included a Bias control that varies the note's attack and decay, effectively changing the texture of your sound from classic square wave to glitched out velcro, and everything in between. And if you've had problems cutting through the mix with your fuzz, that stops with the Fuzz Bender and it's whopping 20 dB of boost/cut. Overall, the Fuzz Bender easily tackles the majority of fuzz needs while remaining faithful to the classic sounds players are always craving for. If you have felt underwhelmed by the fuzz options out there, the Fuzz Bender may just change your tune.