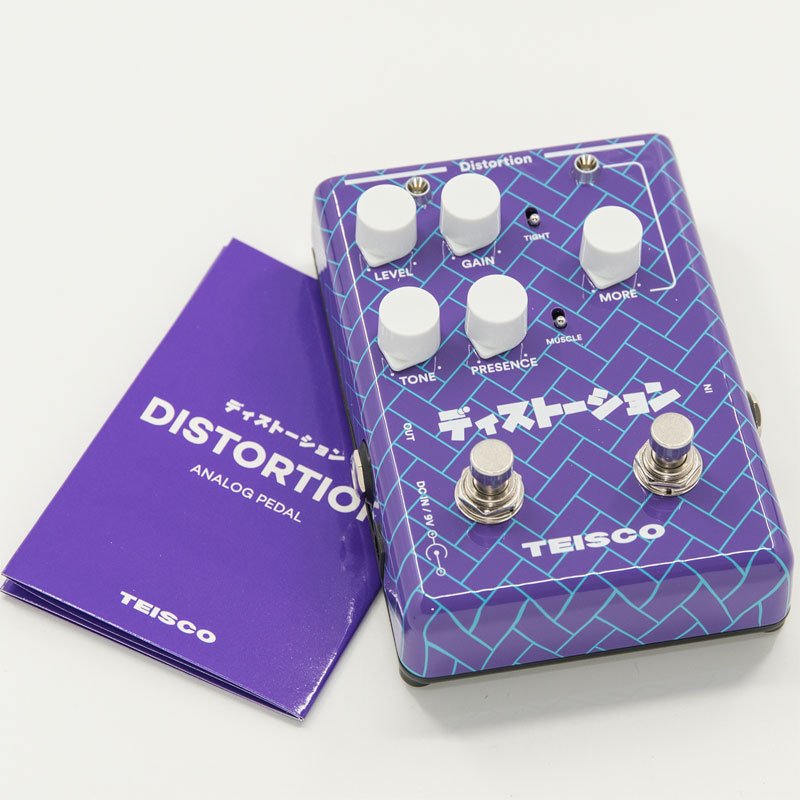 In 2020 Teisco revealed three new pedals, but nothing brings the heat like this Dual Channel Analog Distortion. When we think of what makes a great distortion pedal it usually means trying to fit the mojo of a dimed 100 Watt Marshall in a 3x4 box at your feet. And to be fair, Teisco never said they were making an amp-in-a-box, but we kind of think they did. This 5-knob, 2-switch, Giant Purple People Eater (Halloween references don't expire in rock 'n roll) manages to offer massive high gain tones with in-depth tone shaping and a second, independent gain stage that be stacked on top...or used alone as a boost. As players, personally we are usually on the low-medium gain side of things, but this pedal proves that heavy doesn't mean lacking in finesse. This isn't to say that all distortion tones are made equal because depending on your style you might dial it for the classic mid-scoop, massive low end djent, front loaded highs, etc. The beauty of this pedal and Teisco's affinity for true analog circuits in general, is that no matter what kind of distortion you need its guaranteed to be lush, harmonically rich and in this case HUGE.

The tone shaping controls on this pedal are simple and also evoke this amp-in-a-box feel. You have master controls for Level, Tone, Gain and even a Presence control which is super handy for pushing your favorite tone "further" into the mix, just like an amp. Additionally you have two mini toggle controls: TIGHT, as you might guess, puts a kind of compressor-esque limit on the overtones, producing a much more focused, midrange-forward signal. MUSCLE, adds another legit gain stage to the mix for the beefiest version of your ideal tone.

The rest they say, is up to you. The amps these days are getting smaller but it doesn't mean your sound has to. Check out some sounds below.