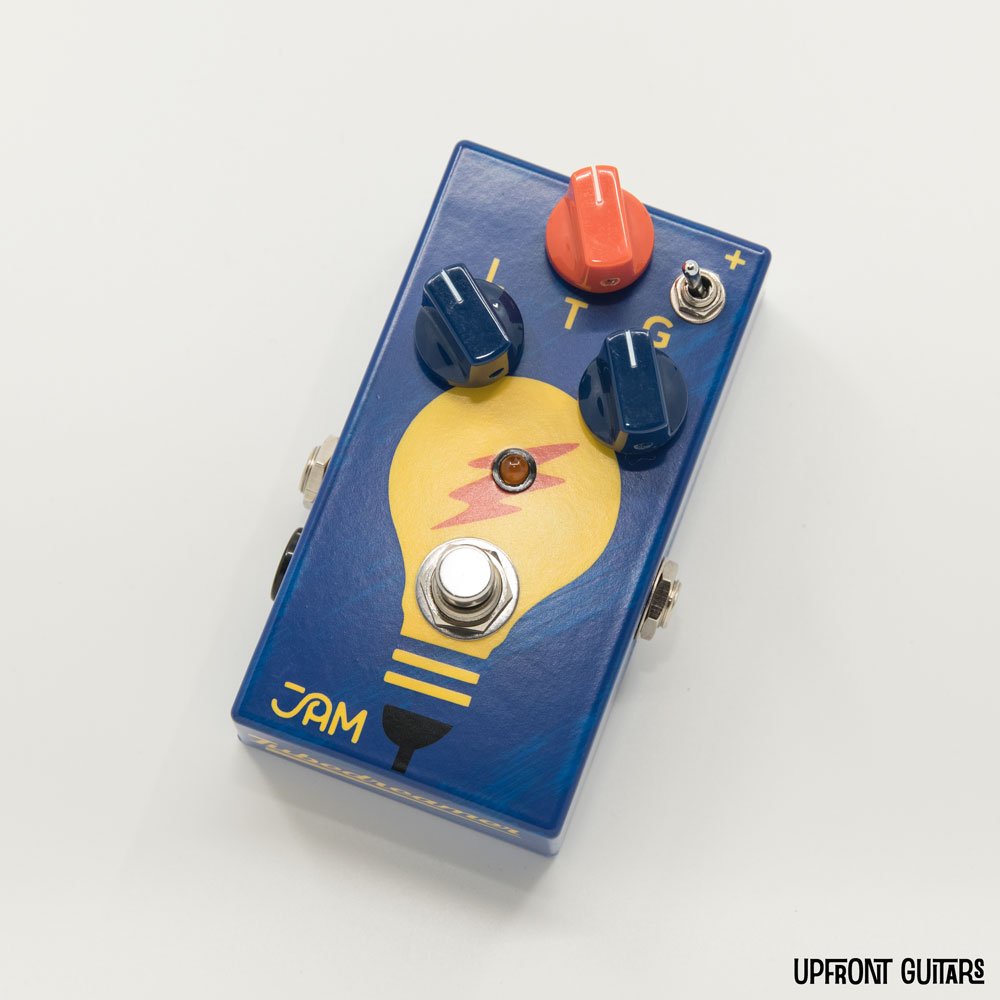 Introducing the TubeDreamer -- Formerly the TubeDreamer 58 -- by JAM Pedals. This monster pedal is the ultimate incarnation of the coveted TS-808, using real NOS components and important updates to it's signature vocal profile. From mild to hot, clean to dirty the TubeDreamer provides the rich midrange and linear grit that guitarists crave. The inspiration for this pedal is obvious but JAM differentiates themselves by using a plethora of unique NOS components and hand-assembling and painting each unit in Athens, Greece. Some of the best guitarists in the world swear by JAM Pedals, come find out why.

While the effects market is intensely saturated with new products being released constantly, a few manufactures stand out, and one of those is JAM pedals. And the proof is in their artist roster which includes: John Scofield, Julian Lage, Bill Frisell, Nels Cline, Kirk Fletcher, Steve Lukather, Greg Koch, Daniel Lanois, Dweezil Zappa, Kenny Wayne Shepherd, Andy Timmons and many more. Now let's get down to Dreaming.

The TubeDreamer is the pinnacle of 808-style distortion pedals. Every pedal features components used in the original 808's like carbon-comp resistors and even the legendary JRC4558D chip. With that kind of head start, it only took a couple tweaks to create the best sounding TS-style pedal we've ever heard. They specifically tuned the midrange frequency register to have a thicker overall profile which adds a depth to your tone that is hard to find in other overdrive pedals, especially those of TS influence. Combined with a set of asymmetrical clipping diodes, the TubeDreamer is an extraordinary example of dynamic, amp-like overdrive. It's rich and clear like their old Tube Dreamer 72 but with a beautiful crunch that can be worked into absolutely searing sustain.

For those who need a little more, there is also a boost toggle which increases the gain, saturation, and sustain. In this mode it's still transparent relative to the sound of you guitar, but pushes it towards more distortion pedal and less pure overdrive. But it's pure JAM: Balanced, touch sensitive and musical. It's very easy to imagine just leaving it in boost mode all the time and working the guitar volume to clean it up. We do.