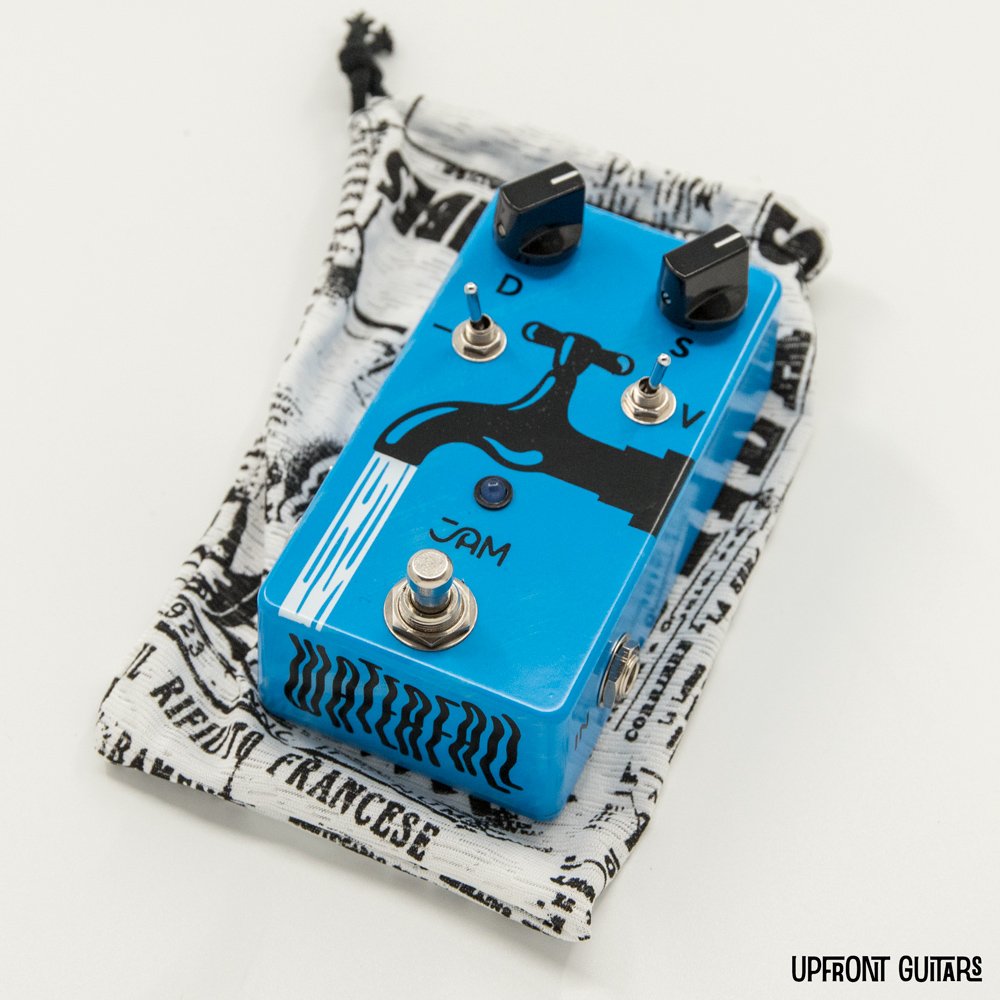 Introducing the Waterfall Chorus by JAM Pedals. This is a chorus and vibrato pedal that offers an all-analog resurrection of the lush chorus sound of the 70's and 80's. NOS bucket brigade chips make the Waterfall like a 3D effect for your tone and the vibrato/"wet" toggle switch create a palette of sonic possibilities unlike anything in the market. Every JAM pedal is hand-made and hand-painted in Athens, Greece and are favorites with some of the top names in the business.

The pedal market is intensely saturated with good and not-so-good stuff, so we only indulge ourselves with products that truly standout. At the winter NAMM show, JAM Pedals caught and maintained our full attention. Their artist roster is also incredible with some of our all-time favorites: John Scofield, Julian Lage, Bill Frisell, Nels Cline, Kirk Fletcher, Steve Lukathor, Greg Koch, Jim Campilongo, Andy Timmons and many more. Now let's get down to the the Waterfall:

JAM is known for their NOS components and obsession for analog circuits so naturally the Waterfall Chorus utilizes Panasonic Bucket Brigade chips to achieve it's rich sound. So why should you care? The Bucket Brigade chip was invented in the late 60's and was the first entirely electronic device that produced discrete time delay of electronic signals. This meant that the modulation effects of the day like delay, chorus, echo, and flange all born and maintained by clunky magnetic tape machines could be transitioned into portable and reliable devices. In fact a few years after the chip was invented it was licensed by none other than Roland/Boss and emerged in the CE-1; a BBD Chorus pedal that started off Boss's renowned history of stomp box production.

The Bucket Brigade chip works in a chorus pedal by storing your signal in a series of capacitors and transistors that fire off sequentially based on an external clock. If this makes you think of a line of firefighters passing buckets of water down a line, that's where they got the name. The short delay in the split signal is mixed in with the original to produce a variety of slightly out of pitch harmonies (rather than an echo) and a Low Frequency Oscillator is added to create the rhythmic "swirling" sound. The Waterfall Chorus has a fairly simple layout but with the vibrato and "deep" switches the sounds can get downright crazy. Here's how it works.

At UpFront Guitars we've experienced a number of pedals that changed our preconceptions, and the Waterfall Chorus certainly falls in that category. The old way is not always nirvana, and sometimes "old stuff is just old stuff." But when it comes to vintage BBD technology, there is a difference. If you're already a chorus junkie looking for the "magic" pedal, or someone who needs to spice up an old rig, the Waterfall Chorus will provide.