Electronics > Wiring Assemblies
Emerson Custom is located in Broken Arrow, Oklahoma and they make the nicest pre-wired control assemblies for Stratocaster, Telecaster, Les Paul and other popular guitar models. They use only high quality Emerson-spec CTS potentiometers, Oak Grigsby switches, Switchcraft Jacks, their own exclusive USA paper-in-oil (PIO) capacitors, and vintage-correct wiring. If you can install a pickup, you can install a pre-wired assembly and wring every ounce of tone out of your guitars. We have several popular models in stock and if you don't see what you are looking for, just ask. Emerson also makes some great pedals including their popular EM-Drive and Paragon overdrive and distortion pedals. 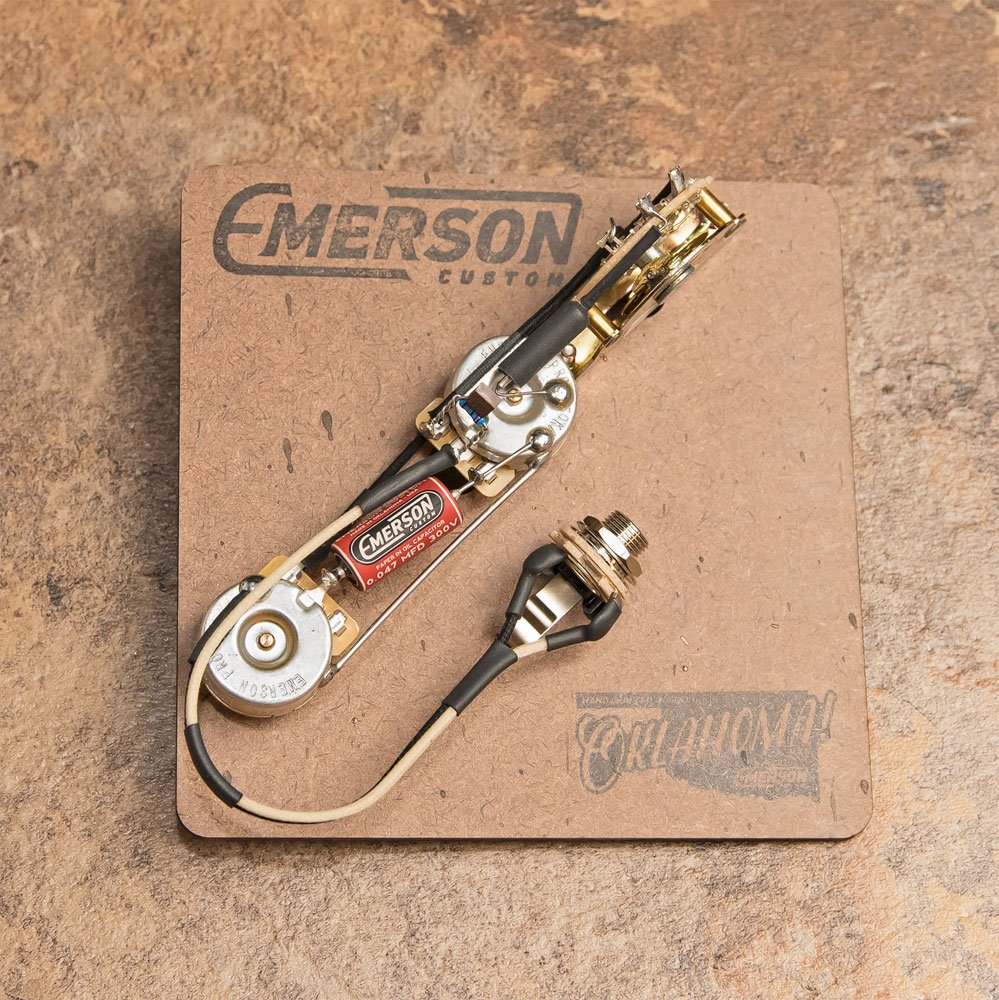 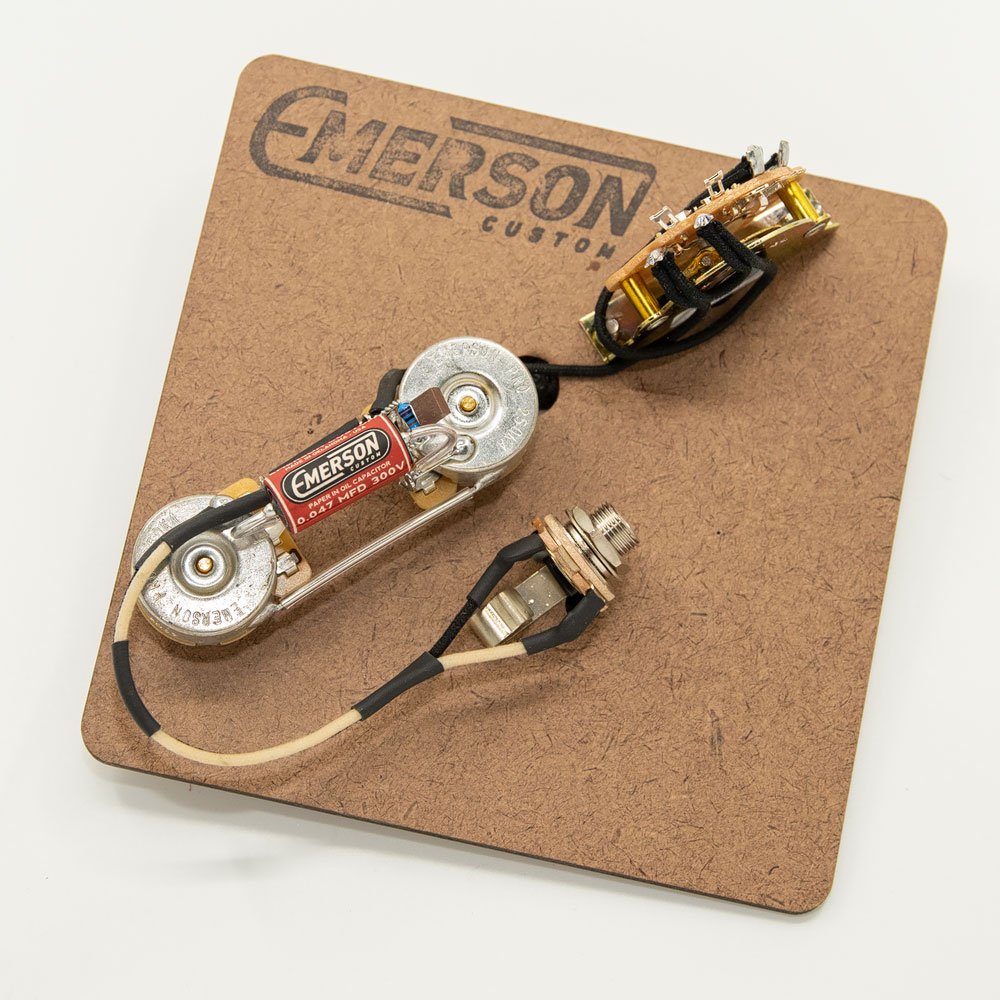 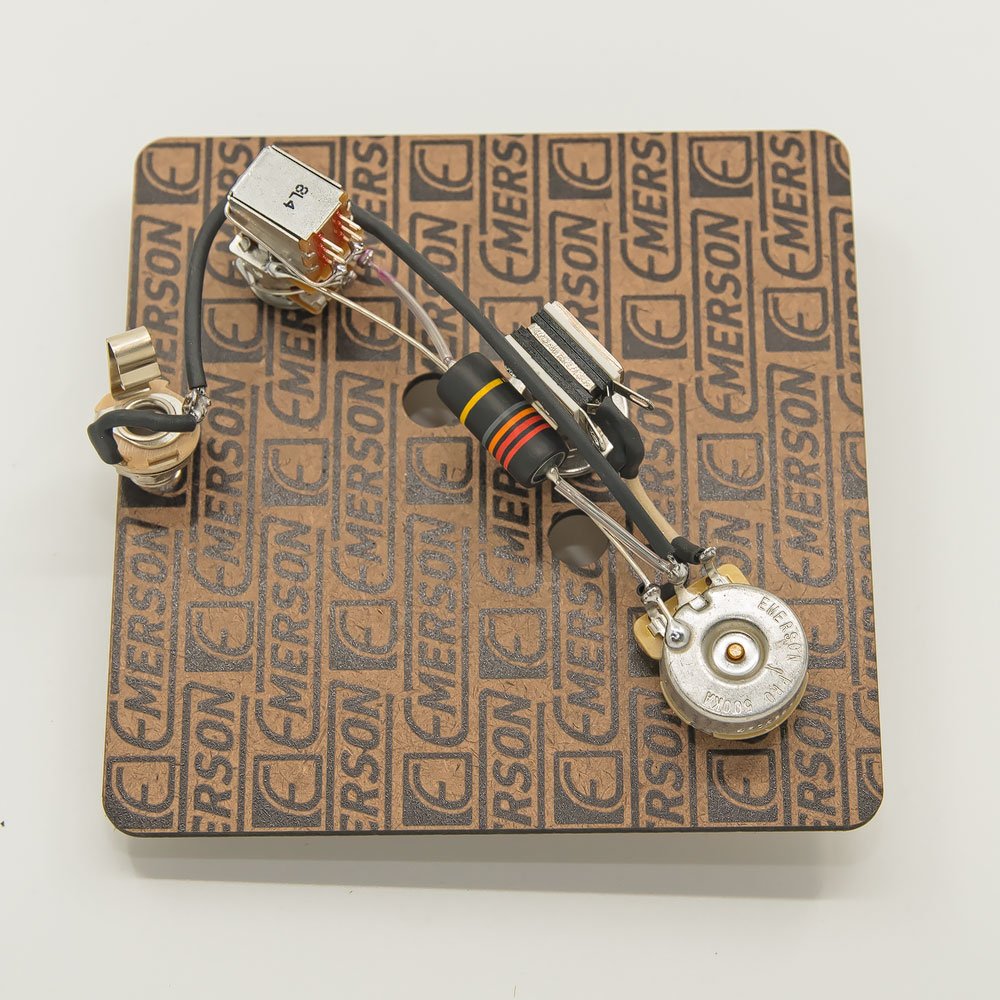 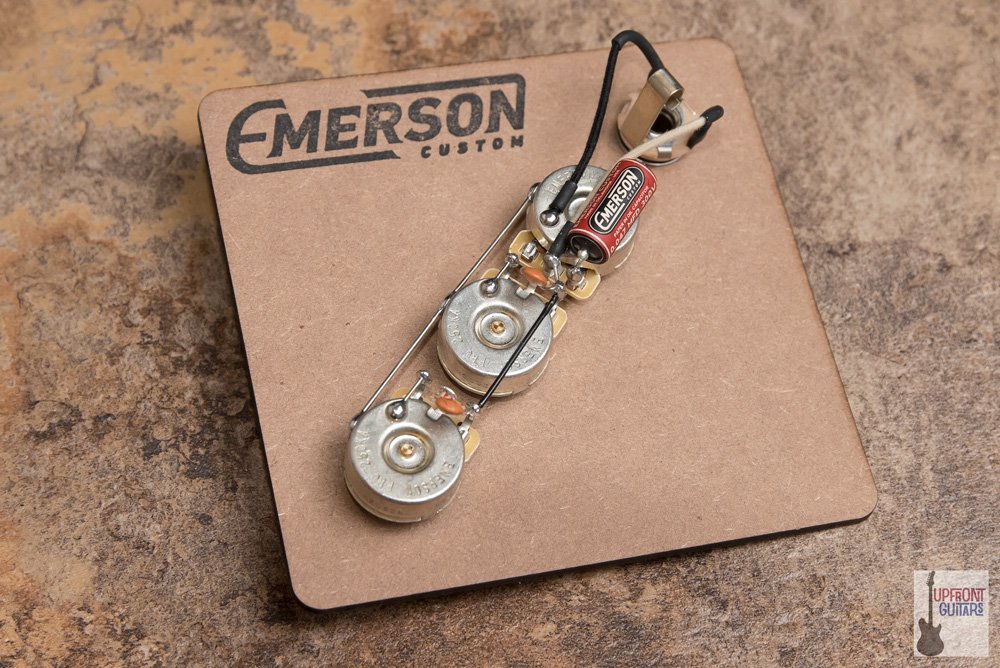 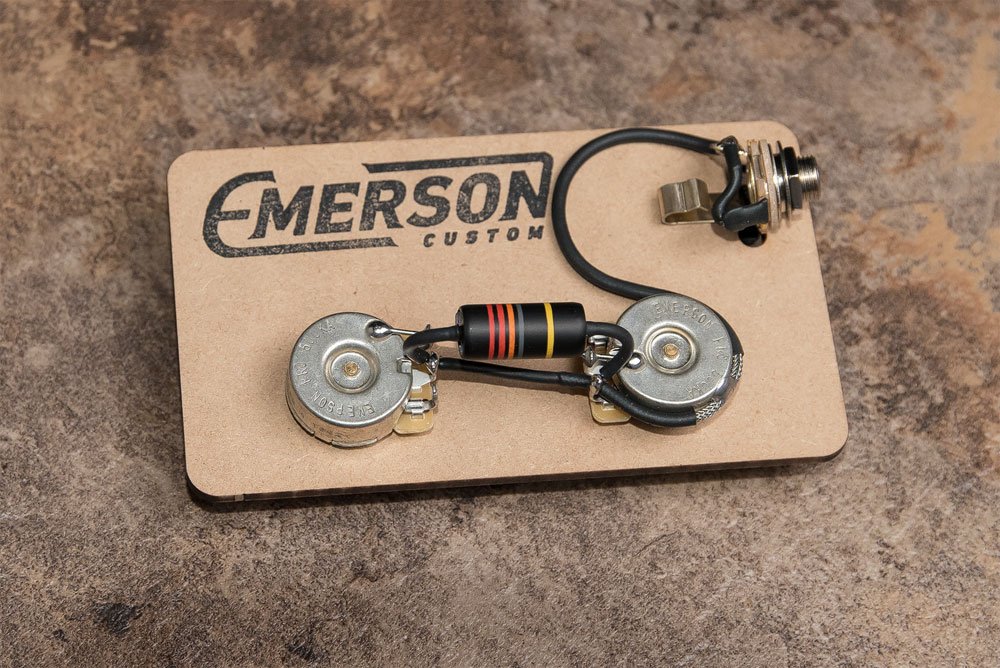 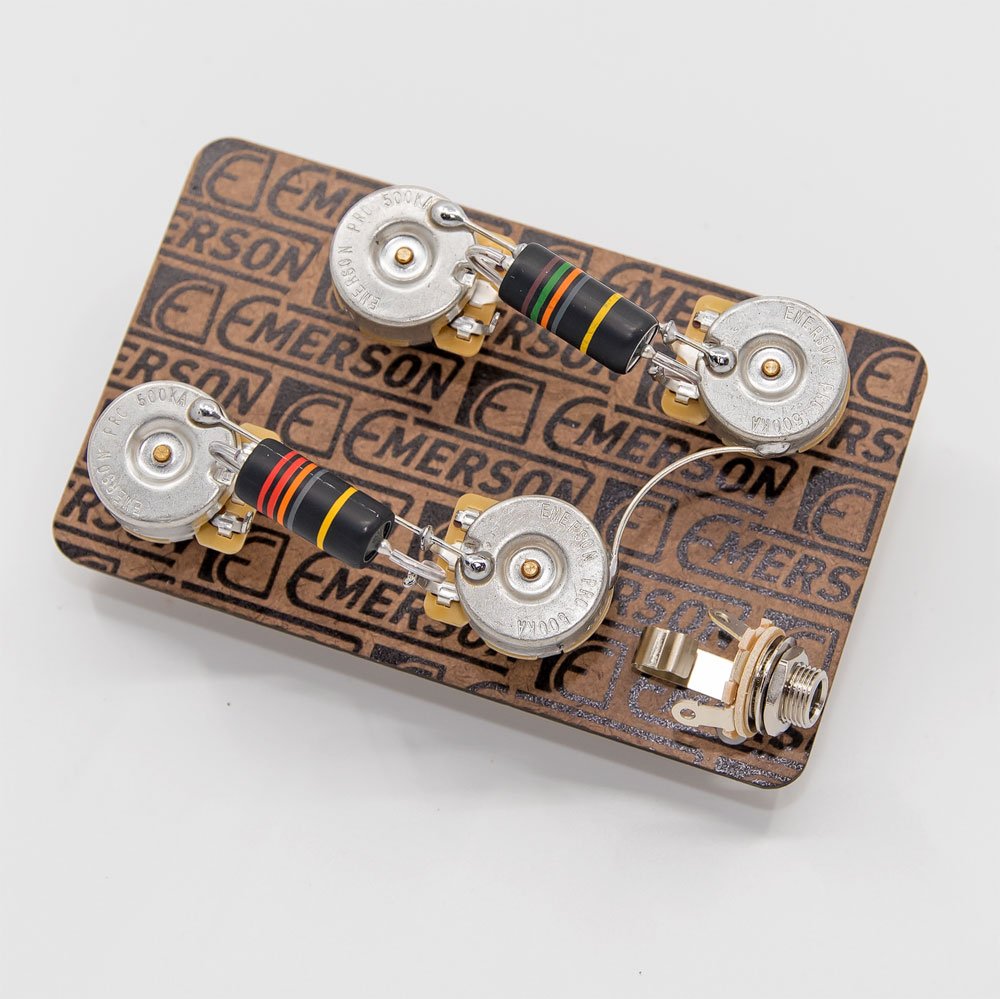 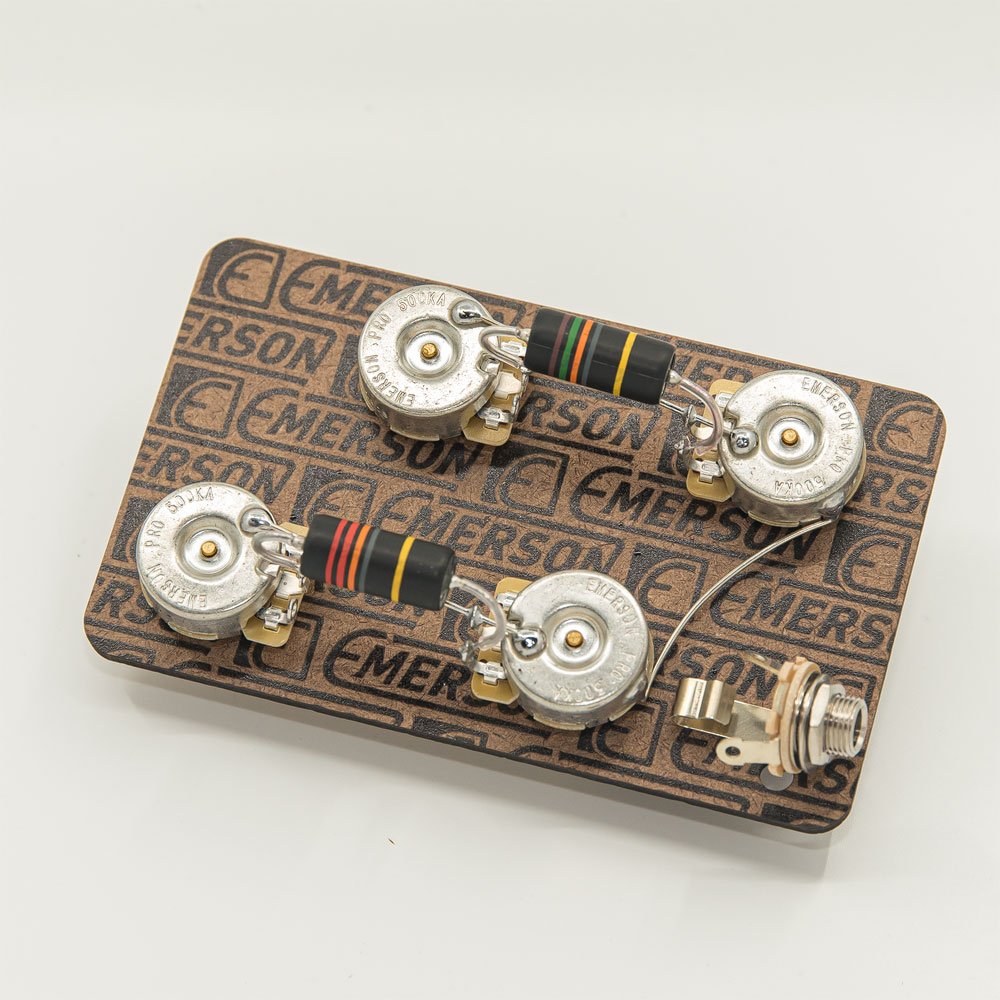 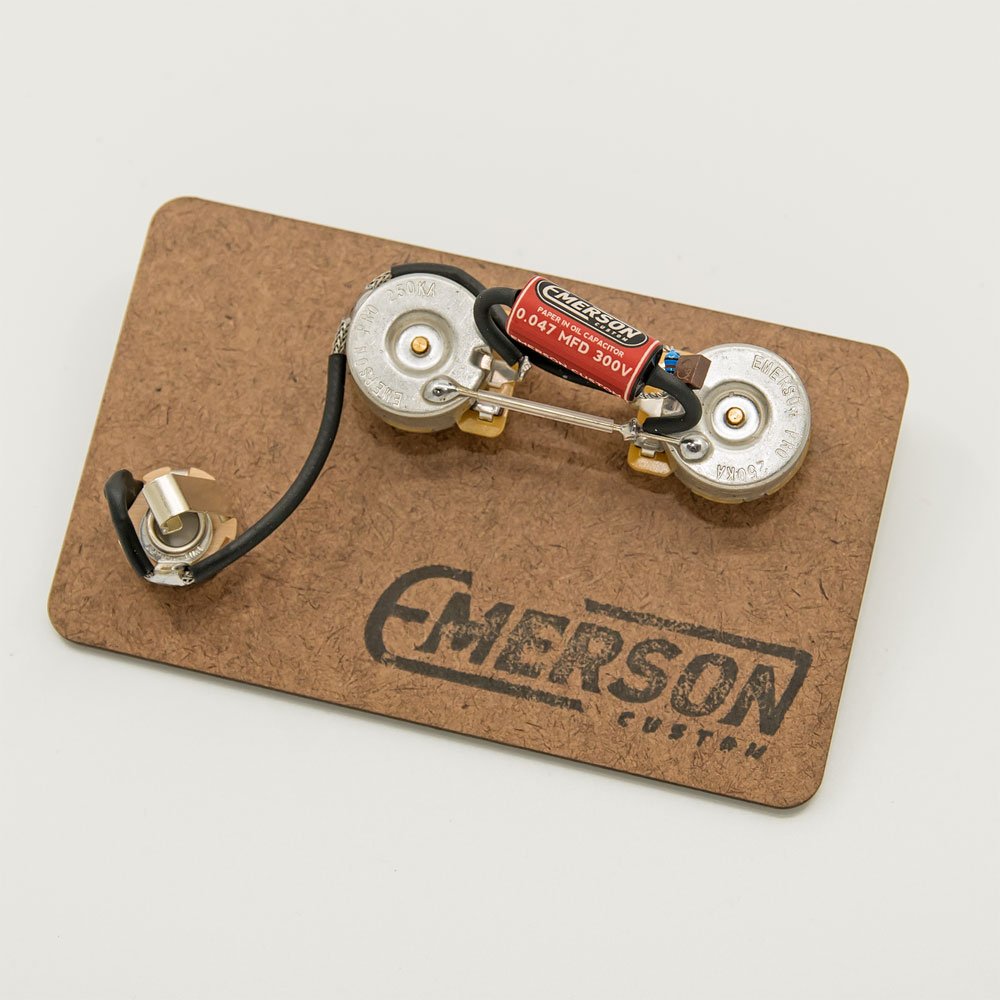 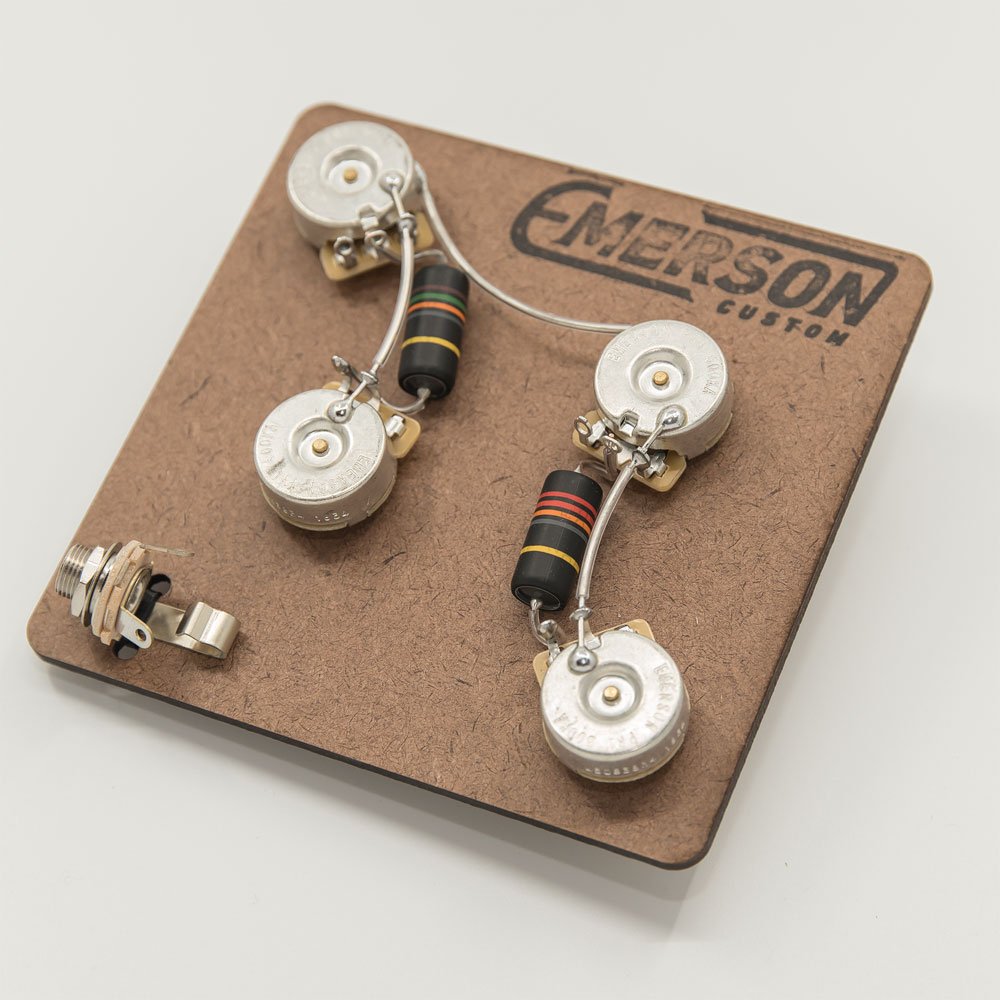 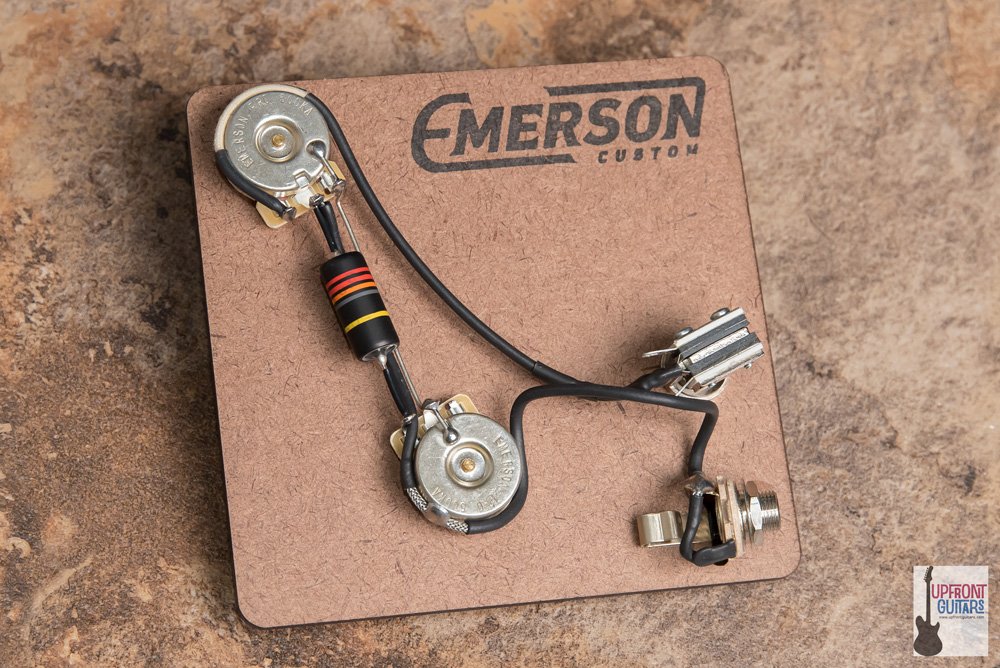 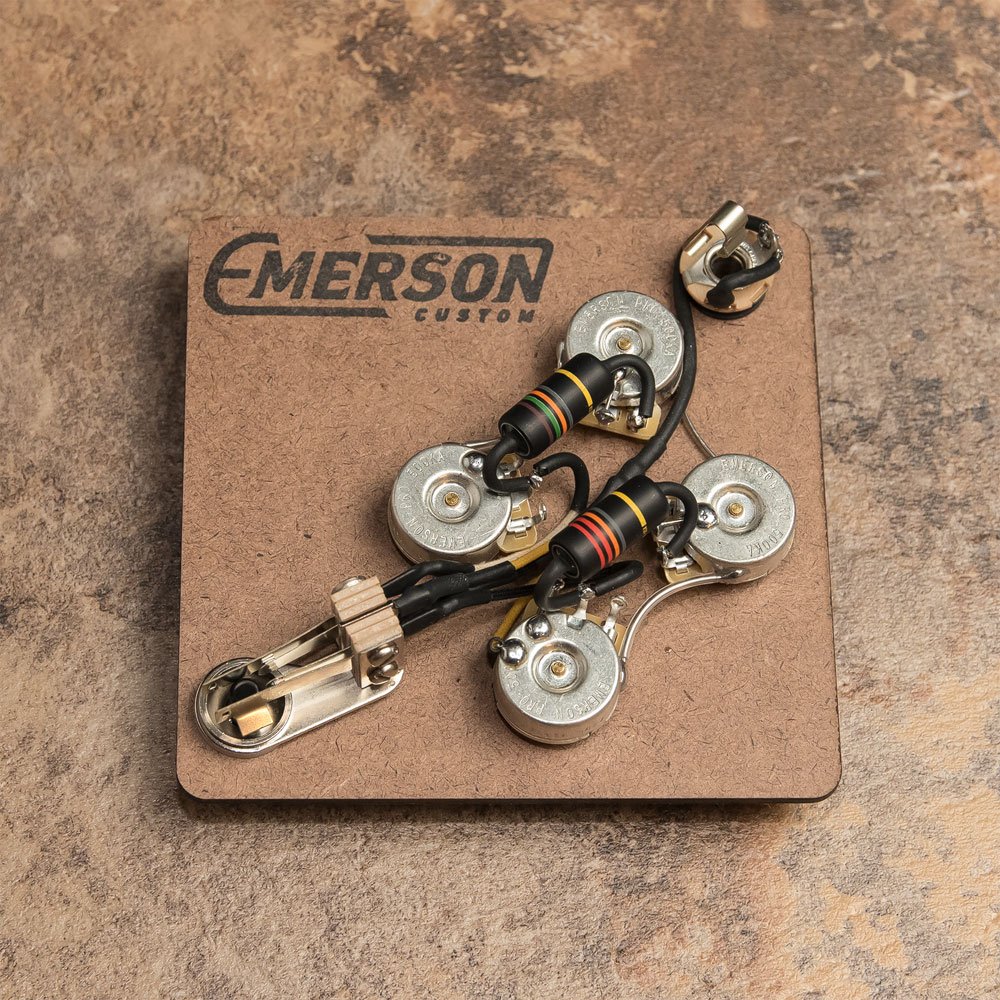 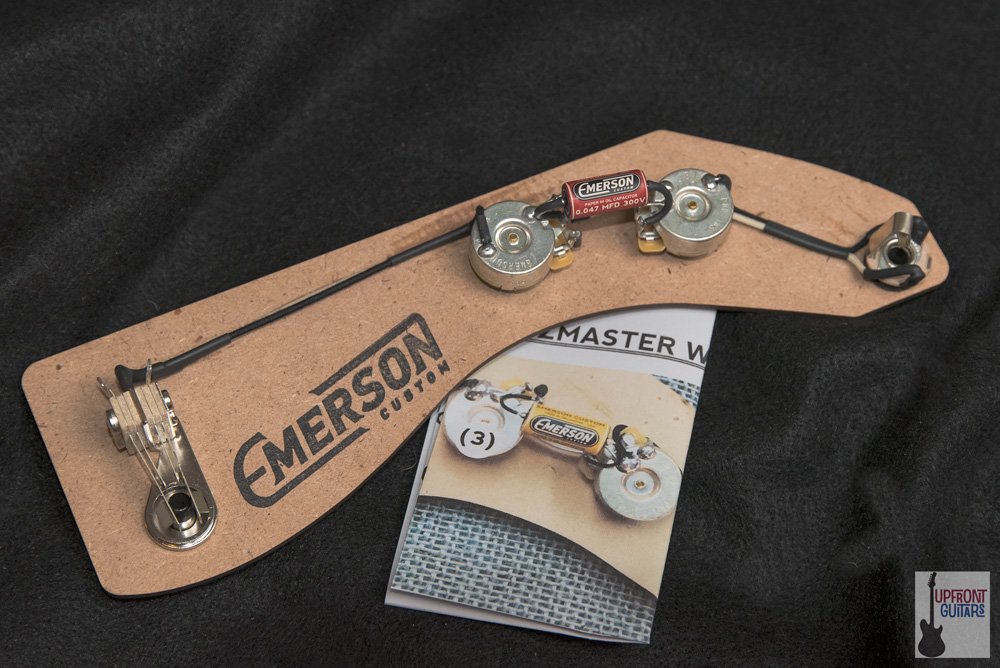 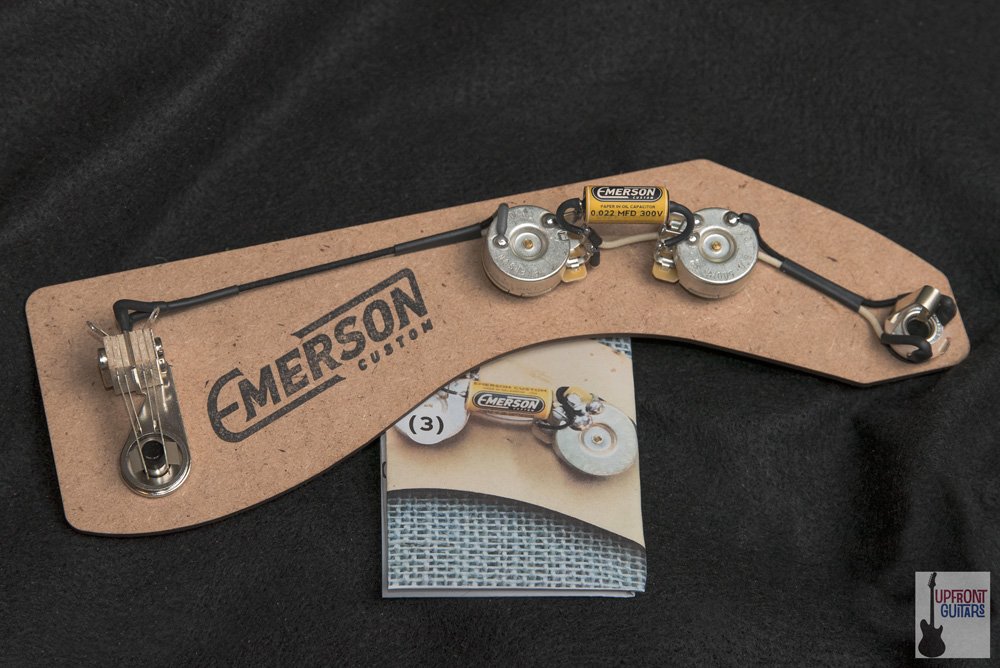 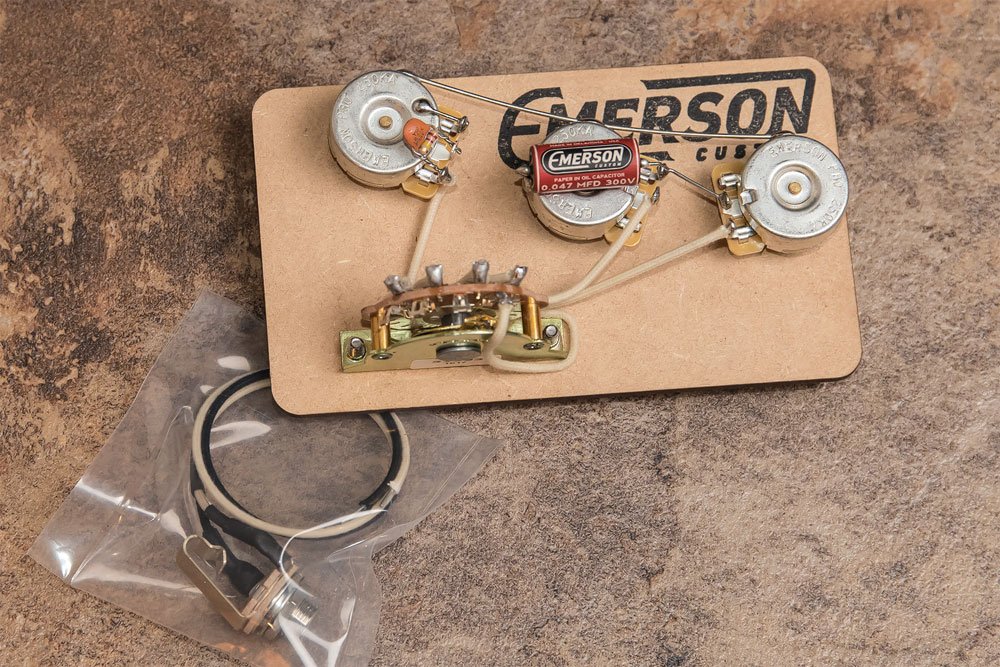 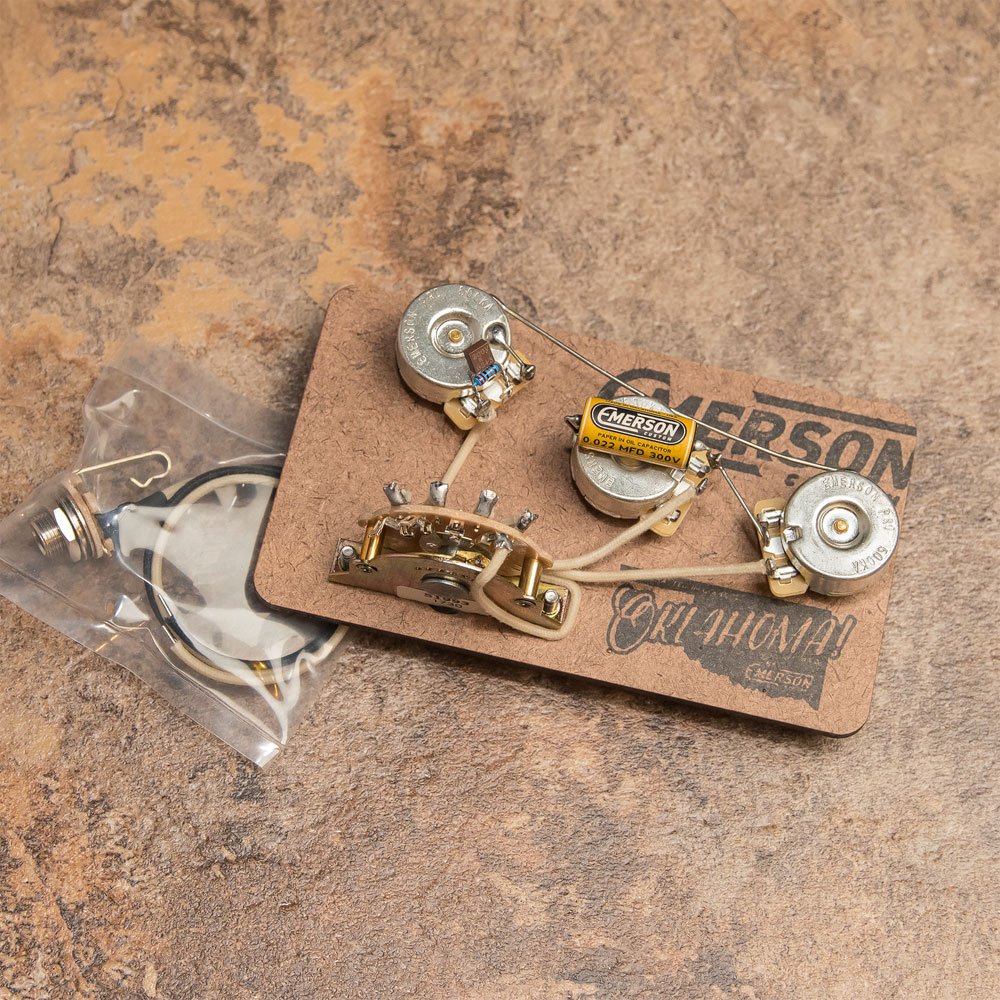 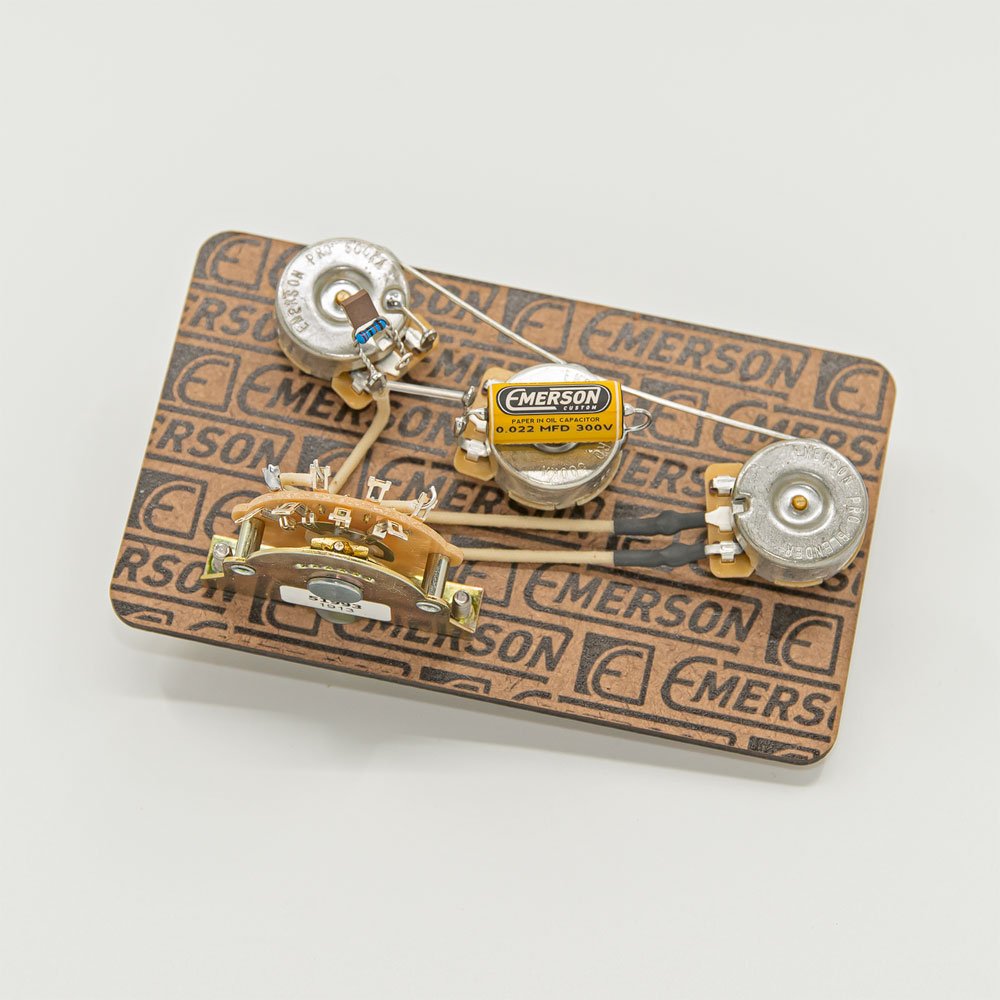 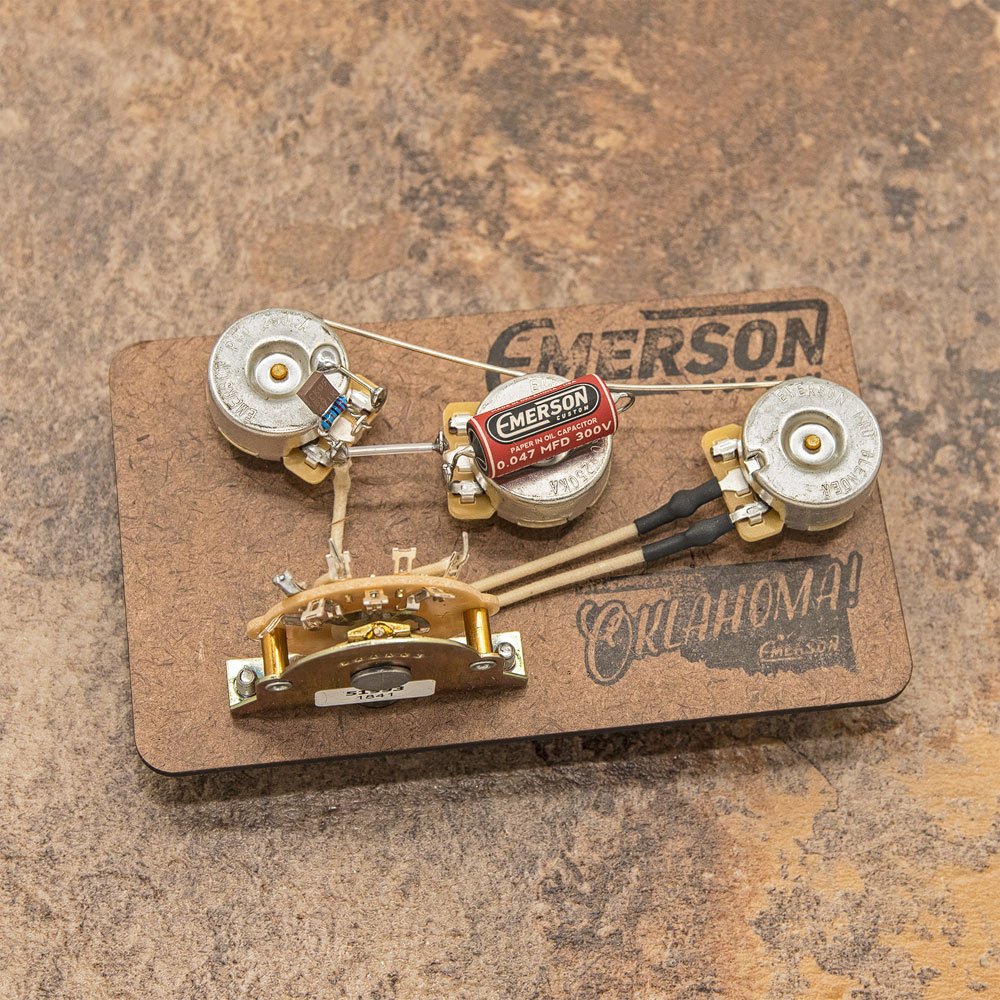 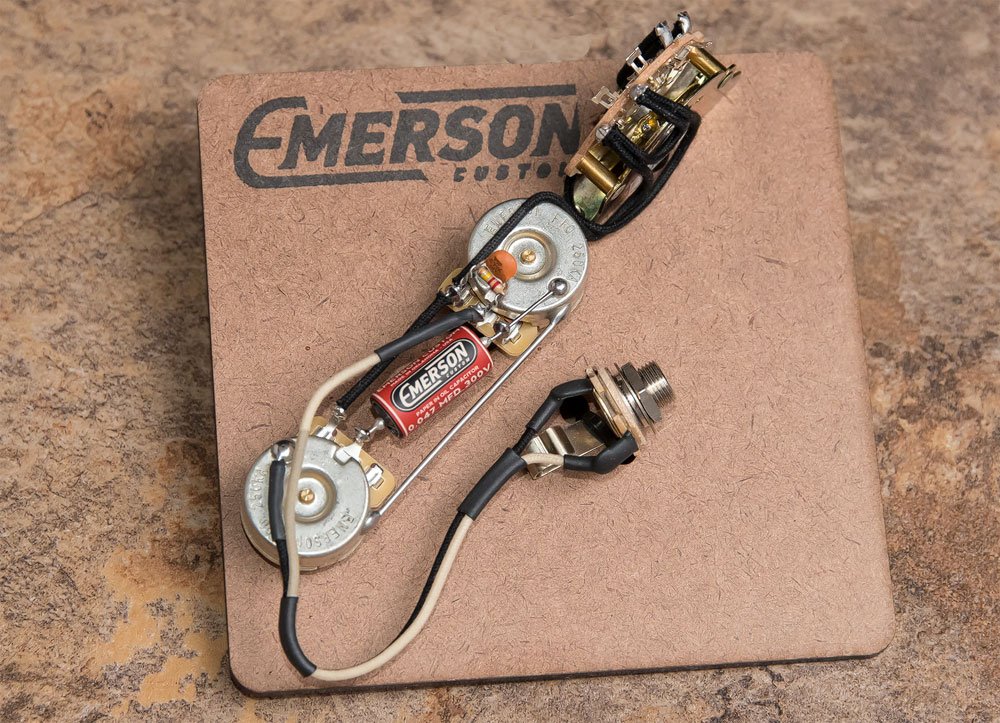 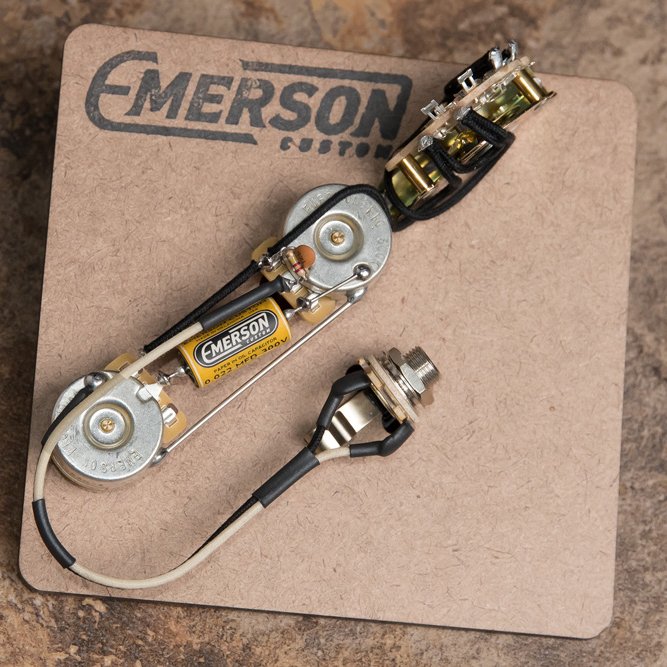 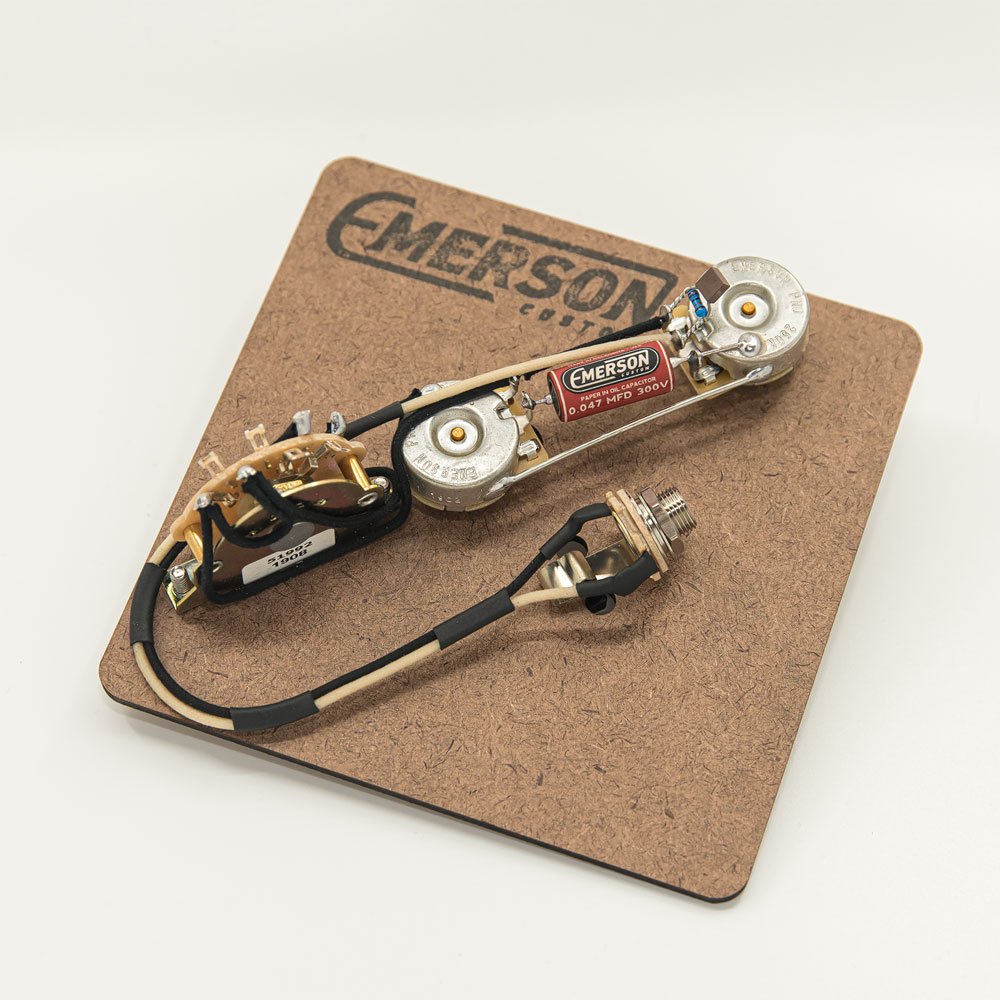 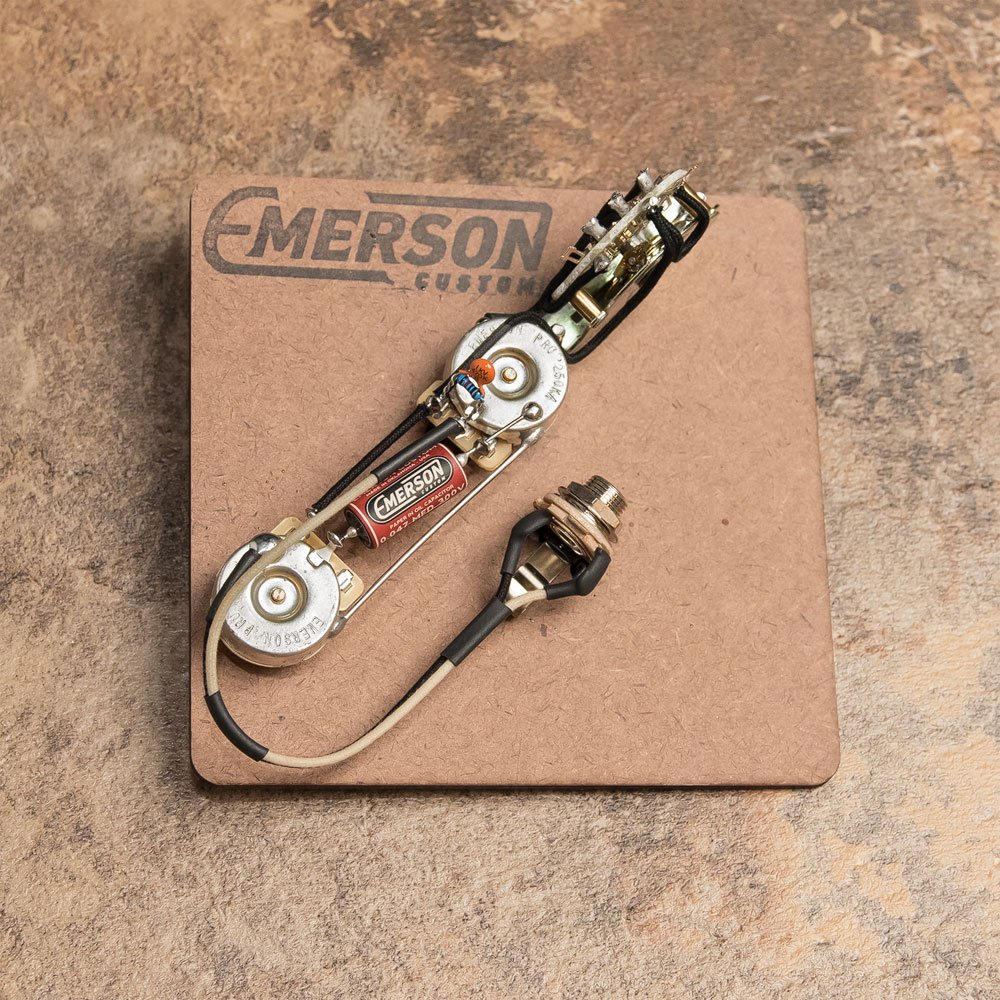 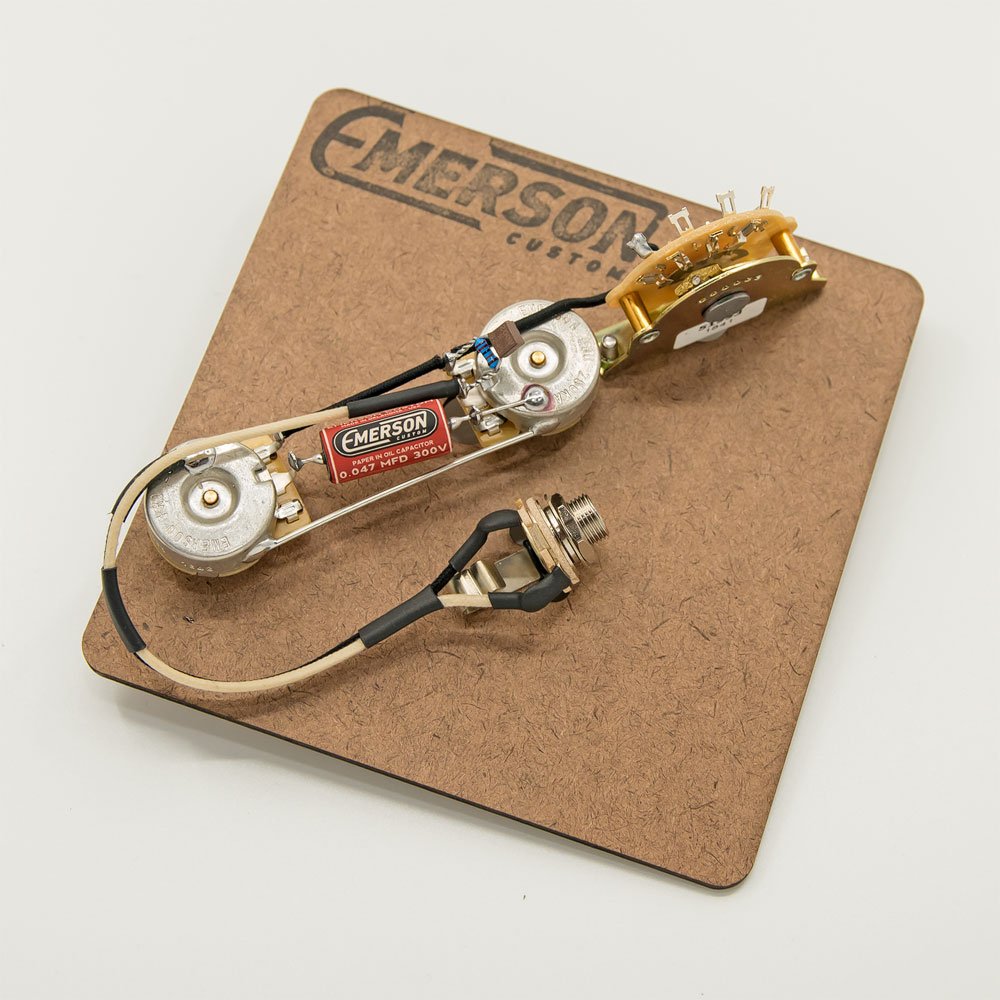 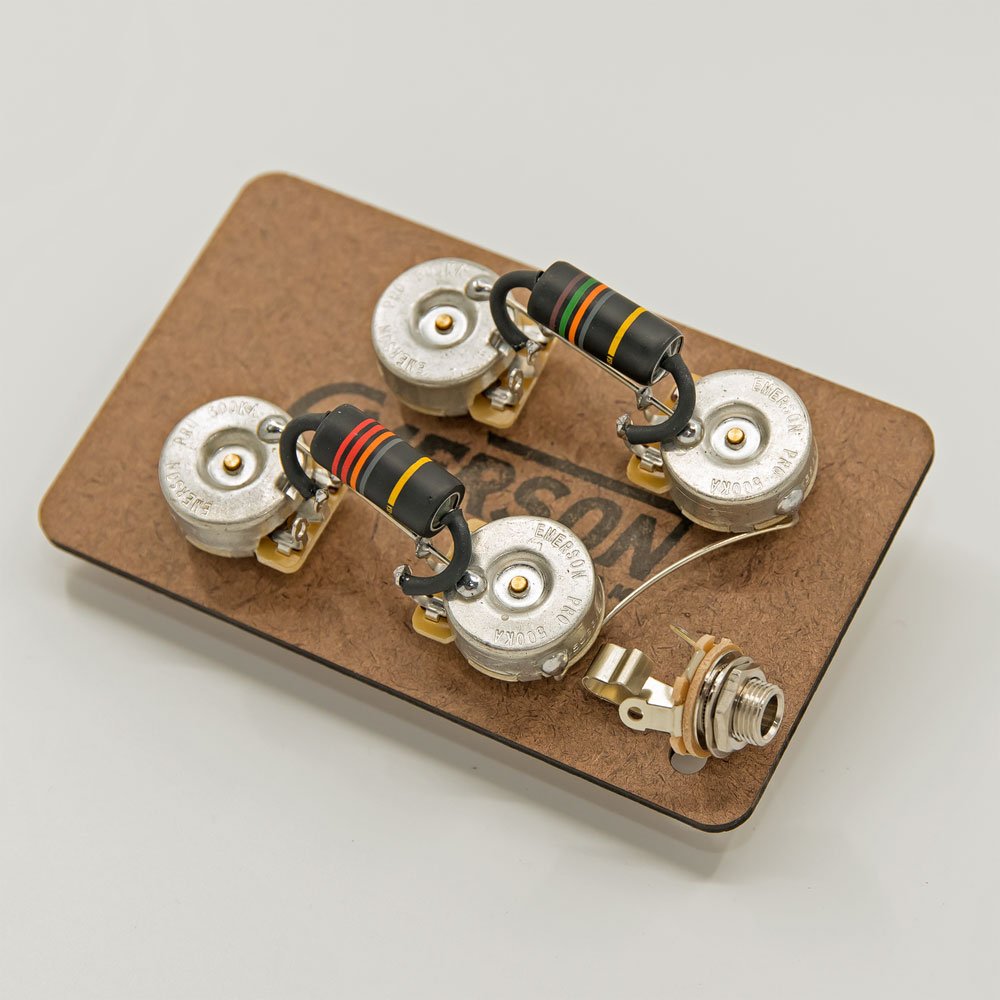