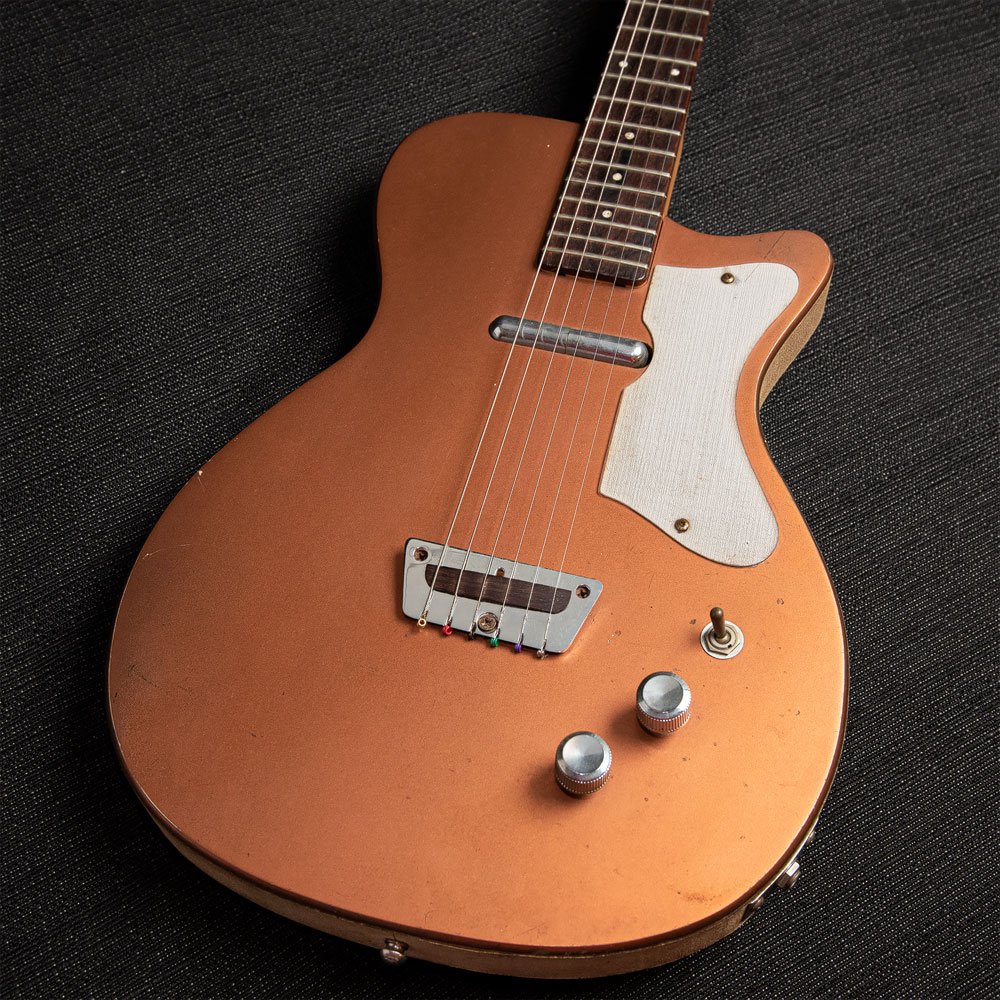 Back in the 60's what every aspiring rock 'n roller wanted to see under their Christmas tree was a Silvertone guitar...just like they saw in the Sears catalog. Sears used a number of manufacturers to make Silvertone branded instruments, and this copper 1961 Silvertone obviously shows it's Danelectro roots. It is in good condition for it's age and plays as well as they every did. We made no attempt to clean it up or restore it. The pots are a little scratchy but everything works as it should.

We will ship the guitar with a gig bag, but the original chipboard box is long gone. All sales are final on this baby.