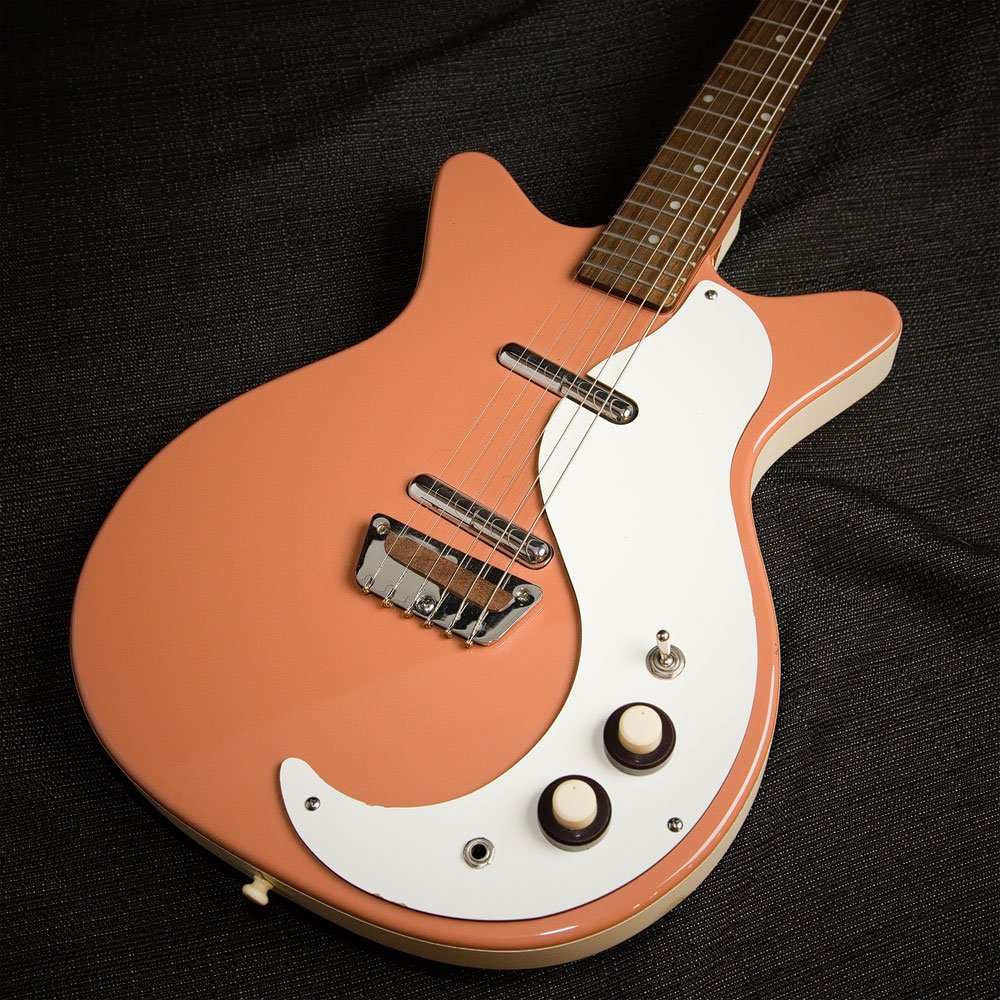 You are looking at a Danelectro Stock 59 DC Left Hand conversion with gig bag:

Face it, they are odd little beasts.

Back in 1954 Nathan Daniel, already with a contract to build amplifiers for Sears and Montgomery Ward got into the guitar business. Who would (wood?) have thought that Poplar and Masonite were “Tonewoods”? That guy did. This lefty conversion is far later than 1954 and actually we aren’t really sure what year it is (we guess mid-2000's as their is no serial number) but it looks very much like the newest models except for a few details.

You get a hardwood and plywood body, semi hollow at that. Along the sides there is a binding or sorts that’s more like a vinyl tape. On this Danelectro that “binding” is lifting in a few places. But it’s all for Rock n’Roll.

Look at that bridge. What could be more basic? Metal and a piece of wood. It works.

A Danelectro isn’t a Danelectro without the Lipstick pickups. Under those crazy Lipstick covers (the originals were actually that) are Alnico VI magnets and nothing sounds like them. A simple Volume, Tone knob and 3-way switch complete the control set. They sound the way they sound and that’s why you play one.

Someone decided nothing could be harmed by making this RH Danelectro a LH Dano. It has a converted Danelectro bridge and a re-grooved LH Aluminum nut.

JJ Cale, Dave Grohl, Mark Knophler, Billy Gibbons, Hozier and a bunch of others have decided that Plywood is a “Tonewood” worth having. Vinyl tape can be a binding material if you want.

Jimi Hendrix already decided it’s cool to flip a RH guitar over. Who is to argue with that?