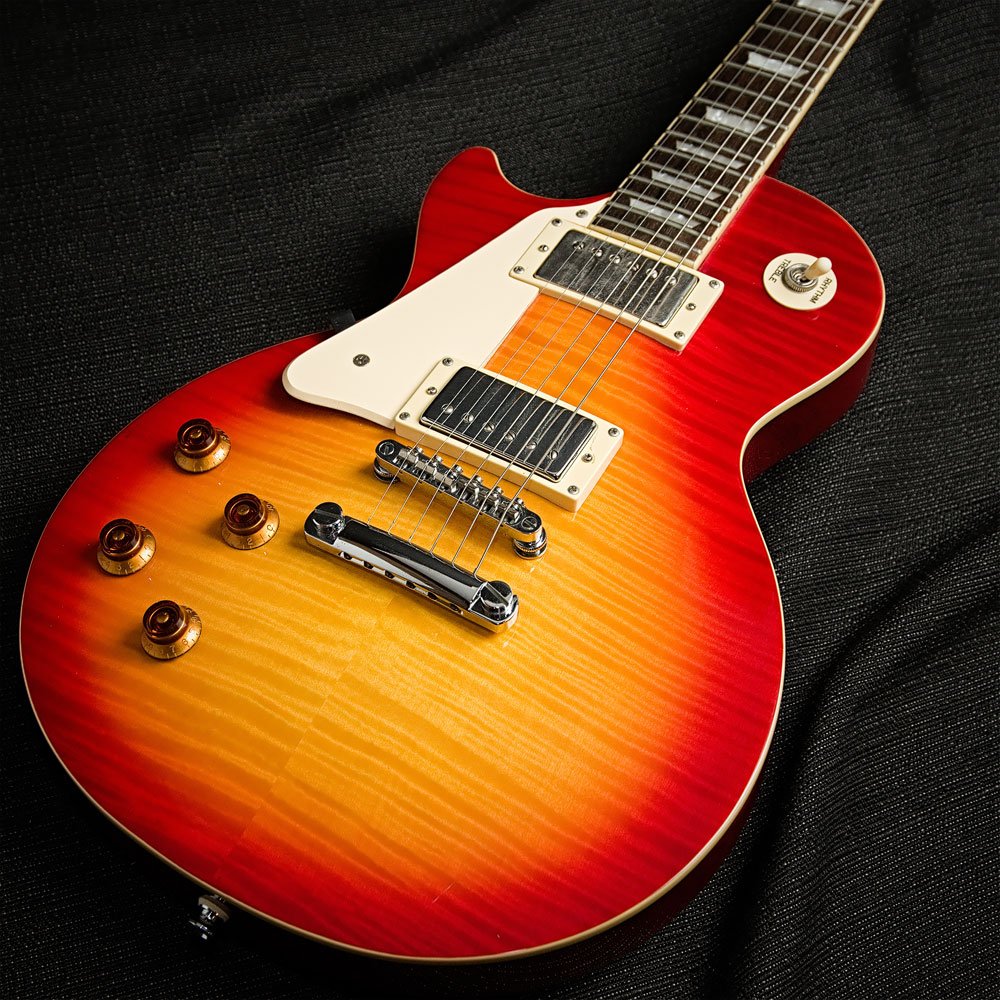 Here is a nice find: A left-handed Epiphone Les Paul, and we’re happy to add this niece piece to our For Sale collection. This 2005 LP Standard in Cherry burst finish is in very good condition considering it is 15 years old.  Other than a little bit of pickup tarnish, and a couple of marks on the back you’d never know its age.

Epiphone has a long history in the musical instrument business.  Did you know that “Epi” was the name of the eldest son of the founder? “Phone” means sound in Greek, so you can figure it all out from there. Epiphone competed with Gibson neck and neck until in the 1950’s when the arguing family members sold off the company to Gibson.  Further down the timeline Gibson was bought, and in the 70's Epiphone production was moved to Japan in order to compete with the flood of imported knock-off guitars.

The glossy cherry finish shows nice grain on both sides, and the yellow/amber in the Burst is warm and inviting. All the typical Les Paul specs are met:

Long story short, import doesn’t mean bad.   We’ve had a few Epiphones in the shop and none of them sounded bad.  They stay in tune, make all the right sounds, and are a good platform for mods.  Did they sound like Gibsons?  Not totally, but there are plenty of less-than-magical Les Paul’s out there too. Don’t be put off by an import guitar. This is a lot of guitar for the money.  Play it through a good amp and you won’t be disappointed.