Thank you for all your support and votes!
Used Gear > USED Fender Super Reverb 1964 Amp w/ Footswitch - No Cover 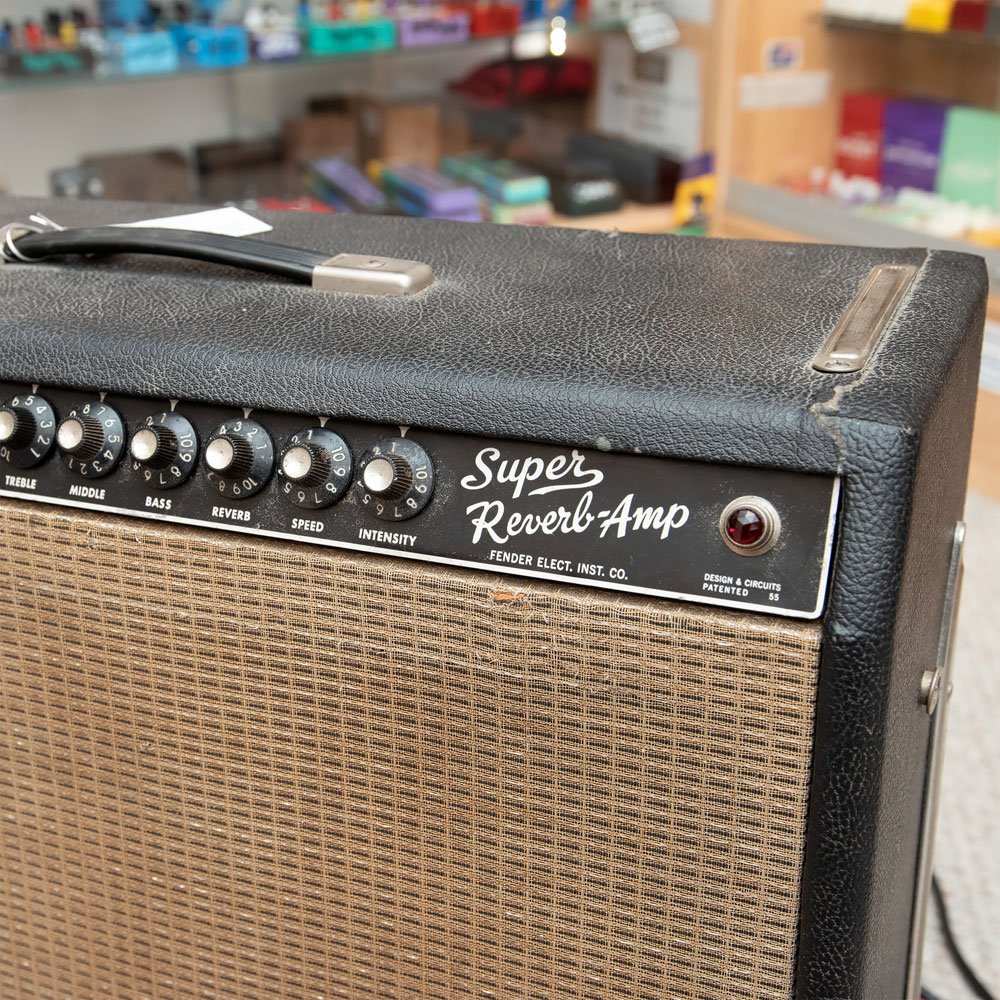 In the early 60's Leo Fender was not well, and did not know how long he was going to be around. Looking to keep the company going he sold it to CBS in 1965. To quote Monty Python and The Holy Grail, Leo "got better" and moved on to such projects as Music Man, and when his non-compete ended, G&L. The person credited with creating the mass-produced electric guitar -- who did not play guitar -- passed away in 1991 at the age of 81.

Much has been made about the demise of Fender after CBS, and like any corporate take over, some of it is true. Many of the designs soldiered on unchanged for several years before any real alterations were made (they didn't mess with the Super schematic until '68). And while some unremarkable 70's Fender gear is now fetching considerable dollars the rallying cry of "Pre-CBS" still rings clear.

Guitars tend to be the stars, and vintage amplifiers don't appreciate like guitars. But as experienced players understand, an average guitar through a great amp is better than a great guitar through an average amp. And older transformers, capacitors and resistors were actually made differently back then, so some of the magic is a product of the available technology, not just wistful imagination.

And for that we have this 1964 "Pre-CBS" ("NL" date stamp) Fender Super Reverb amplifier. Built for the era when if the sound system did exist, it was for the vocalist, it clearly bucks the trend of small portable combos. Everything functions as it should including the Reverb and Vibrato. The pots and switches are all quiet and fully operable.  Although it does have a pair of Tone Tubby Alnico and Jensen Ceramic replacement speakers, 58 year old speakers are not the hot setup if you plan to really play it. In addition, all electrolytic capacitors have been replaced with Sprague capacitors, which probably explains its very quiet operations. Resistors all look original, or if they have been replaced they have been replaced with carbon comp resistors.

With the generous surface area of a 4x10 setup, a Super sounds big, spacious, and the short throw and wide dispersion of a 10" speaker creates a great sound stage. There is tons of depth to the sound but that does not mean it's bass heavy. On "2" it sounds stupidly good (not a typical trait of Fenders) and given that we are in a retail space anything over 4 was asking for a phone call.

Nobody needs a Super Reverb, but boy does it sound good. And the beauty of the old fiber-board Fenders is that they are very repair-friendly. If you are a collector, a lover of Fender history, or play the type of venues that will do it justice, it's a gem.