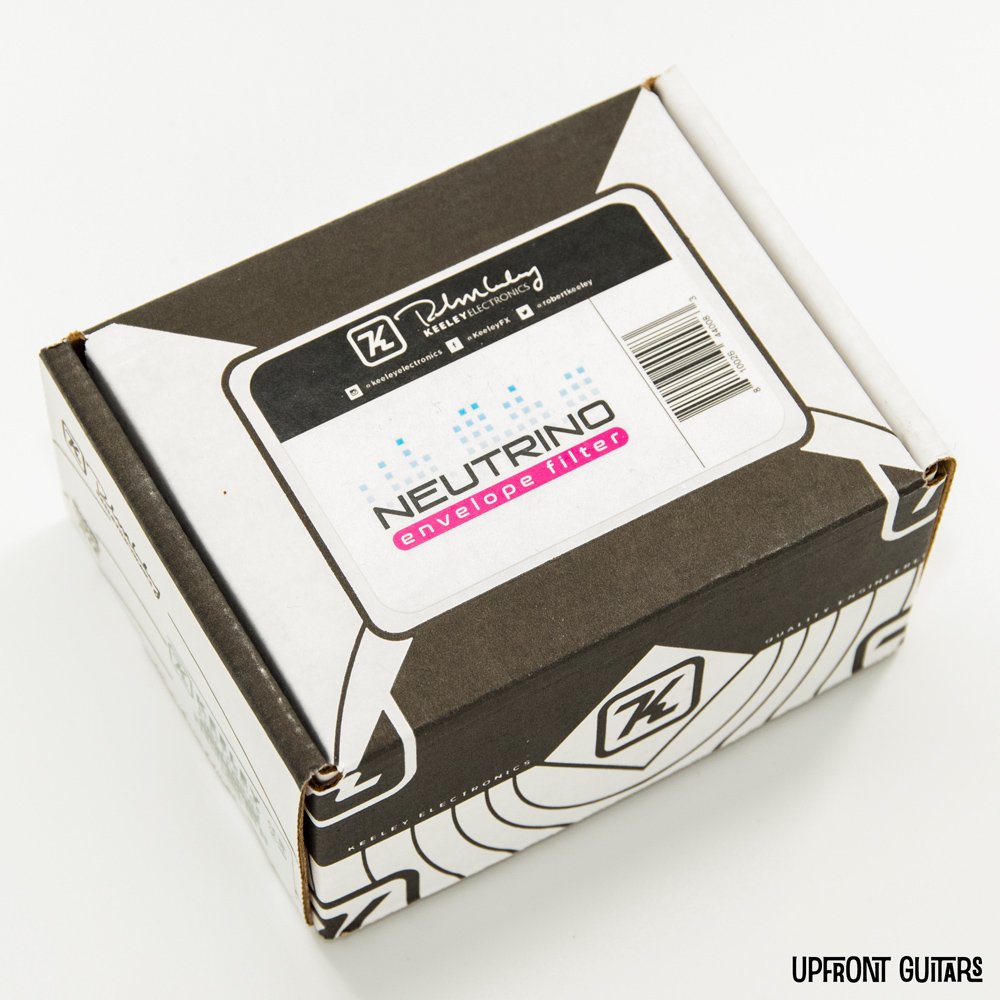 The Neutrino is a funky trip from vintage tones that we know and love to super trippy sounds that are waiting for you to claim them. Everything is dependent on your pick sensitivity, and the simple controls make it easy to dial in the perfect peak for your style of playing. This new version is more than just a pretty face, boasting improved tracking and upgraded components. As with all Keeley products, the Neutrino is built to give you professional quality tones that are lush, layered and musical.

Envelope Filters and Auto-Wah pedals became huge during the 70's funk and disco scene, and modern players are finding all sorts of cool new uses for them. Whether you're chasing a specific sound or just don't like having to manually operate a normal wah pedal, the Neutrino will open up new doors for your playing. The Neutrino is special for a few reasons: It uses an optocoupler design usually employed in bulky studio gear, and individually tunes them in each unit to keep the signal warm, rich and musical no matter how hard you drive it. So even if you want a super quacky peak, it won't come out of your amp in the form of a dagger.

The controls are rather simple and offer a wide range of tone-shaping. The Gain control is how you set the input trigger strength to the appropriate level for whatever instrument you're using. The gain control can not only accommodate a wide range of guitars, but also keyboards, bass guitar, synthesizers and more. Robert Keeley advises that when you are setting up the Neutrino, you should pluck an open string and adjust the knob to a spot where the sound rises and falls as if you we're controlling it with your foot.

The Peak control is how you control the warmth of your wah. This gives you the ability to play sweet chord stabs that are present and bubbly, but without treble that gets in the way of a solo. On the other hand you can crank it up and get a hard quack that is spot on with the old Mutron sound that so many are after these days. It sounds really great with a little overdrive as well, which normally sends other envelope units on the fritz.

The filter selector in the middle gives you the choice of three pass filter settings. The Both setting gives you the most wholesome, classic sound and let's your guitar shine. The Low setting is great for warm, jazzy rhythm playing and gives bright pickups the perfect amount articulation with soft edges. The High setting lets the high end through to provide intense peaks that very spacey. Below the filter selector is a Hi-Lo switch that gives you control of which frequencies are stressed, and let's you continue to shape your tone after you've selected the filter type. The options are virtually limitless.

Finally, once you've found "your voice" and you just want to get weird, there's a sweep reverse dip switch under the input on the side of the box. This reverses the envelope turning the Wah into a Hawp! The best way to describe it like a laser gun shooting in space. If you pick hard, the envelope snaps shut and makes a very cool zipping sound. With some overdrive or other layered effects this setting makes some truly other-worldly noises.