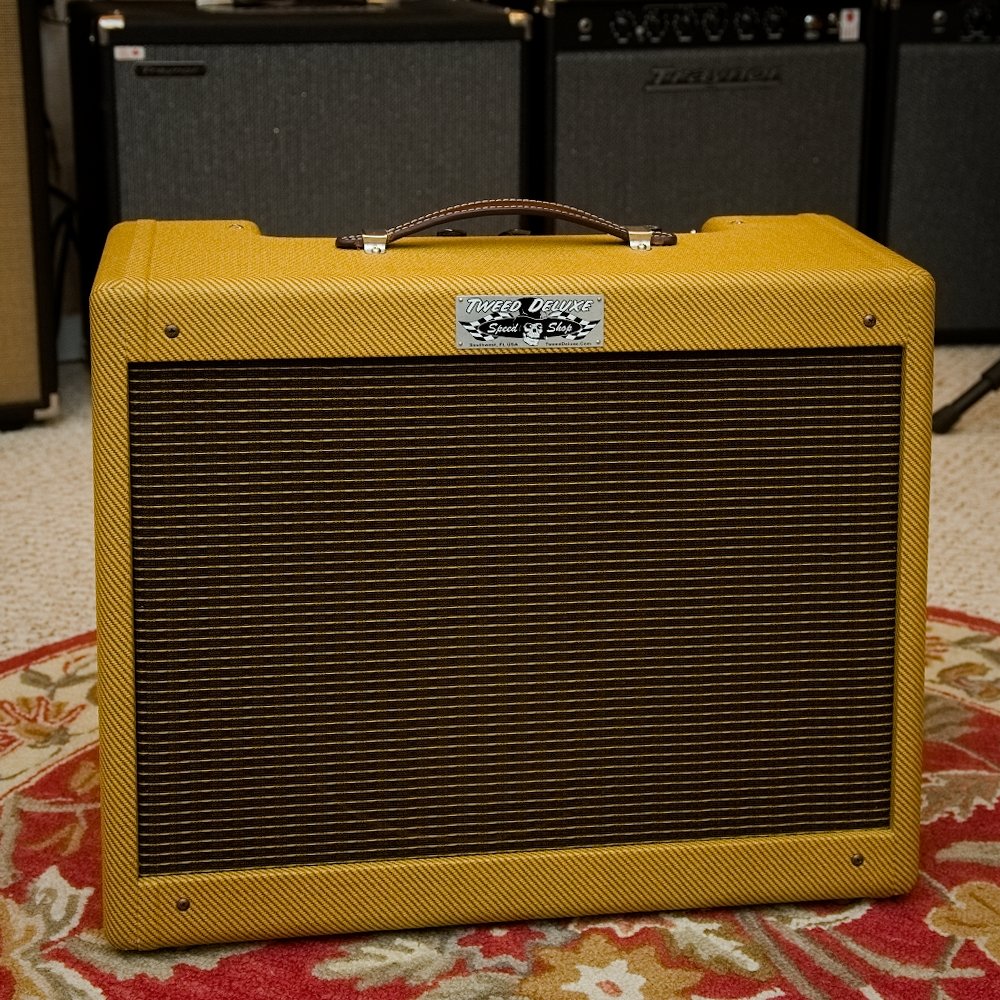 Tweed Deluxe. That’s all you have to say, and guitarists will know those riffs, those solos, those players that made these amps famous. The 5E3 circuit from the late ‘50s is that iconic. There are no shortage of clones and kits all promising to catch that sound. But what would a 60-year-old amp sound like if you had an original? Back when they were built, they were assembled with a +/- 20% tolerance on parts. There must have been killer perfect amps and those that just weren’t. And then all those parts drifted in values and degraded over 60 years.

If only someone was watching very, very closely exactly which parts were used, and which values made the 5E3 amp just have that magic.

Rec Pro Audio built this P2P Tweed Deluxe sparing nothing.   This is their top of the line amp with all the goodies. Instead of off the shelf new parts, most of this amp is assembled by one man using hand selected NOS parts. Those NOS parts include tube sockets, capacitors and resistors. The electrolytic capacitors and pots are new.   Those NOS parts are wired directly to each other in true point to point fashion. No turret or eyelet boards. The Output transformer is the reverse engineered TD580T that is a Speed Shop exclusive. Also exclusive is the Speed Shop A12Q speaker. This speaker is the closest match out there for an original Jensen P12Q.   NOS tubes finish the package. It’s all in a finger-jointed pine cab that completes the light and easy to carry around package.

The end result is a great sounding amp with single coil or humbucker pickups. This an amp you learn to play. The volume knobs are interactive.   The knobs of your guitar have a huge effect on the final result.   When you put all this together the SS 5E3 is an exceptional amp that can carry Classis Rock tunes as well as Blues and Roots music with ease.

If you could buy a brand new 60-year-old amp this would be it.