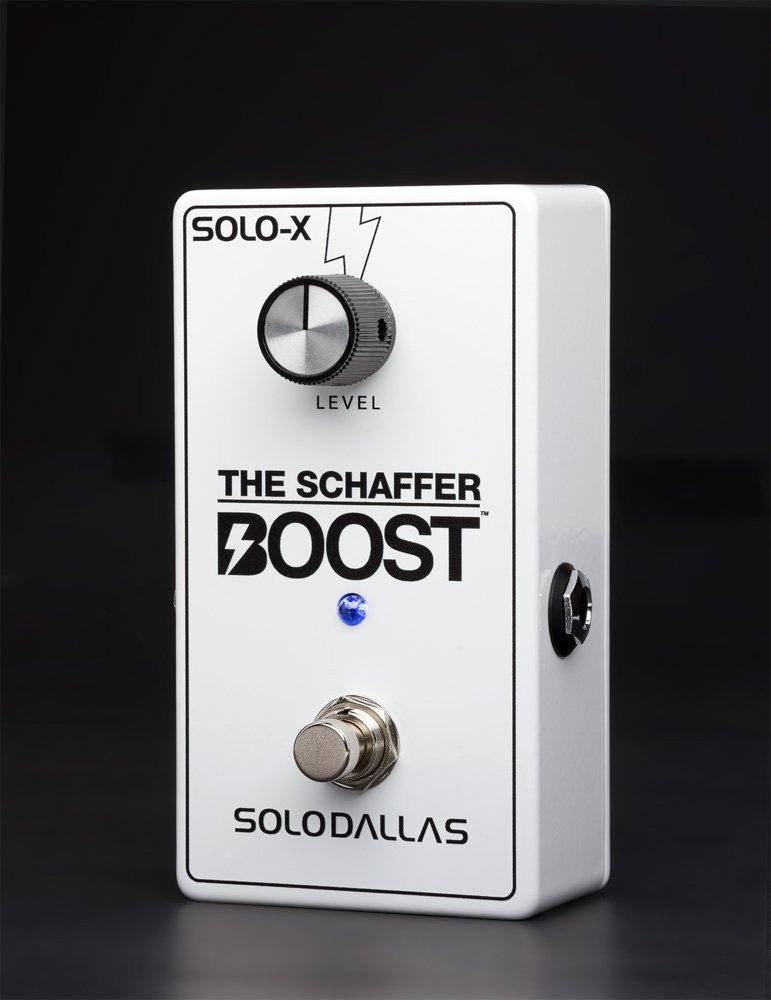 This limited edition "The Schaffer Boost: Solo-X" pedal is in stock NOW exclusively through UpFront Guitars and available to ship. Please Call or email with any questions.

The Schaffer Boost: Solo-X is the all-analog boost and equalization expansion circuit from the famed Schaffer-Vega Diversity System wireless used by David Gilmour, Angus Young, Eddie Van Halen, Joe Perry and an endless list of rock gods from the 70s and 80s. This unique boost faithfully reproduces the signature "Schaffer sound" associated with some of the best guitar tones ever produced. Available now in the limited edition gloss white and ready to ship.

BOOST knob controls our vintage boost circuit capable of generating a whopping +30db. This analog boost is perfect for making lead parts standout, adding fullness to the signal going into the front end of your amplifier, or pushing it into oblivion!

EQUALIZATION EXPANDER increases the far ends of the guitar's frequency spectrum to produce scooped clarity without sacrificing precious mids. The extended low end bumps crucial low-mid frequencies responsible for giving live instruments punch and making them stand out in the mix. The accentuated treble frequencies on the other end of the spectrum accentuate 2nd and 3rd order harmonies to produce the airy presence often associated with the "Schaffer Sound". (Note: On the Storm and TSR pedals this was the left-side knob, which they essentially maxed out on the Solo-X to provide the greatest amount of "secret sauce" and harmonic content).