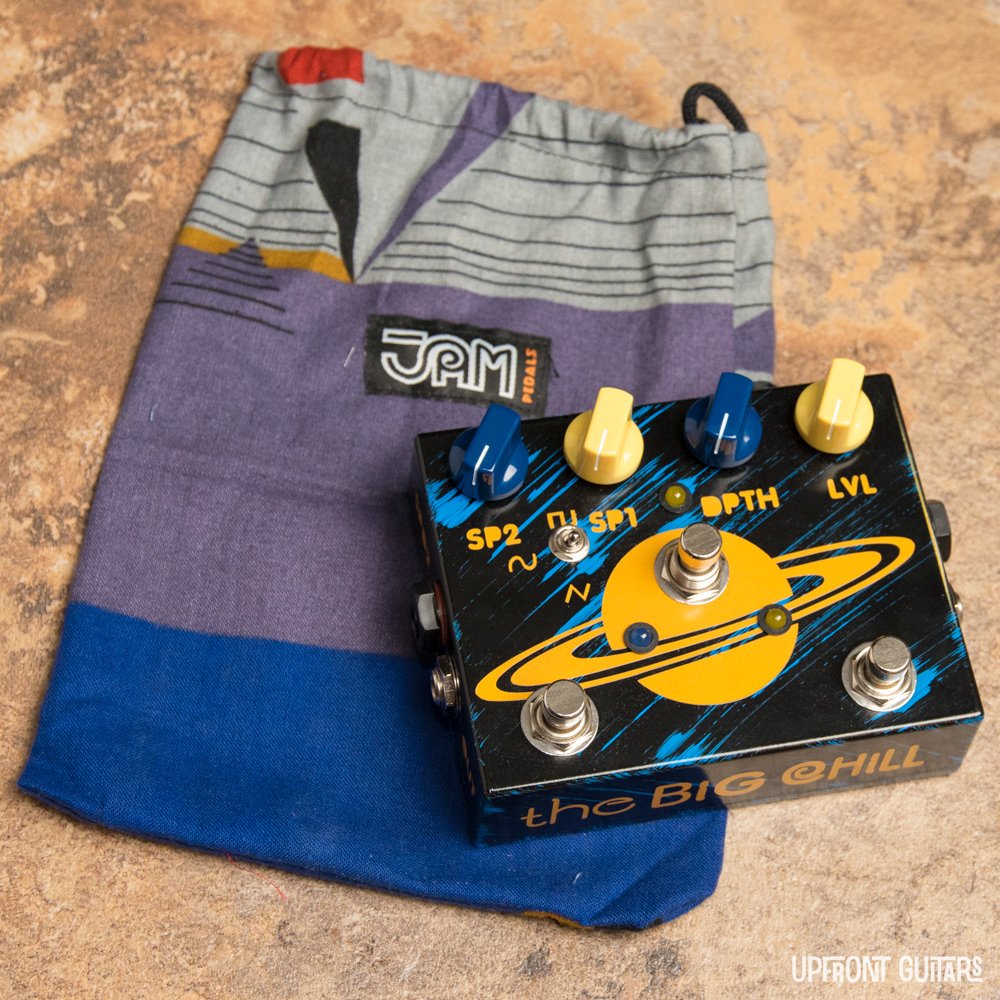 Introducing The Big Chill Tremolo from JAM Pedals. This is their ultimate tremolo pedal featuring two speed settings, special Chop effect and 3-position wave selector. Always inspired by the vintage side of things, JAM designed The Big Chill to provide Fender-style amp tremolo combined with parameters that allow you to get the best tone in the business, while forging your own unique style. Every JAM pedal is hand-made and hand-painted in Athens, Greece and are favorites of uber-players like John Scofield, Julian Lage, Bill Frisell, Nels Cline, and Andy Timmons

JAM is known for their NOS components and obsession for analog circuits, so it's no surprise that when it comes to tremolo they focused on the legendary circuits from early Fender amps. Although he marketed this effect as "vibrato" the pulsating volume swell became a stand-out effect in many genres of music. It may be odd to think of a volume swell as having a "tone" but the overarching quality that those early circuits were their overt warmth and depth in the throb of the signal. The Big Chill has achieved this to an impressive degree, all the while offering you precise control of the effect.

The Big Chill has two individual speeds switches of which you can control speed and overall depth and level. The third switch is their "Chop Effect" which turns off the depth controls and sends your signal into a hard gate, creating a unique electronic sound that's like sucking in a big breath of air to an abrupt halt. In addition you get a mini toggle to select between three different wave forms:

Square - This is the most exaggerated style of trem. It is famously used for the "on/off" or "machine-gun" effect.

Sine - The most subtle and swampy waveform, sine is derived from tube-bias trem and results in the deepest throb.

Triangle - This style has noticeable peaks due to it's linear structure, a bit like an in-between sine and square.

If that's not enough tweak-ability for you The Big Chill also features internal trimmers to adjust the level of Speed 2 and the Chop Effect. This pedal even has two expression inputs, one for speed 2 and one for depth, giving you full range of voice control. If The Big Chill teaches us anything it's that tremolo is much more than volume.