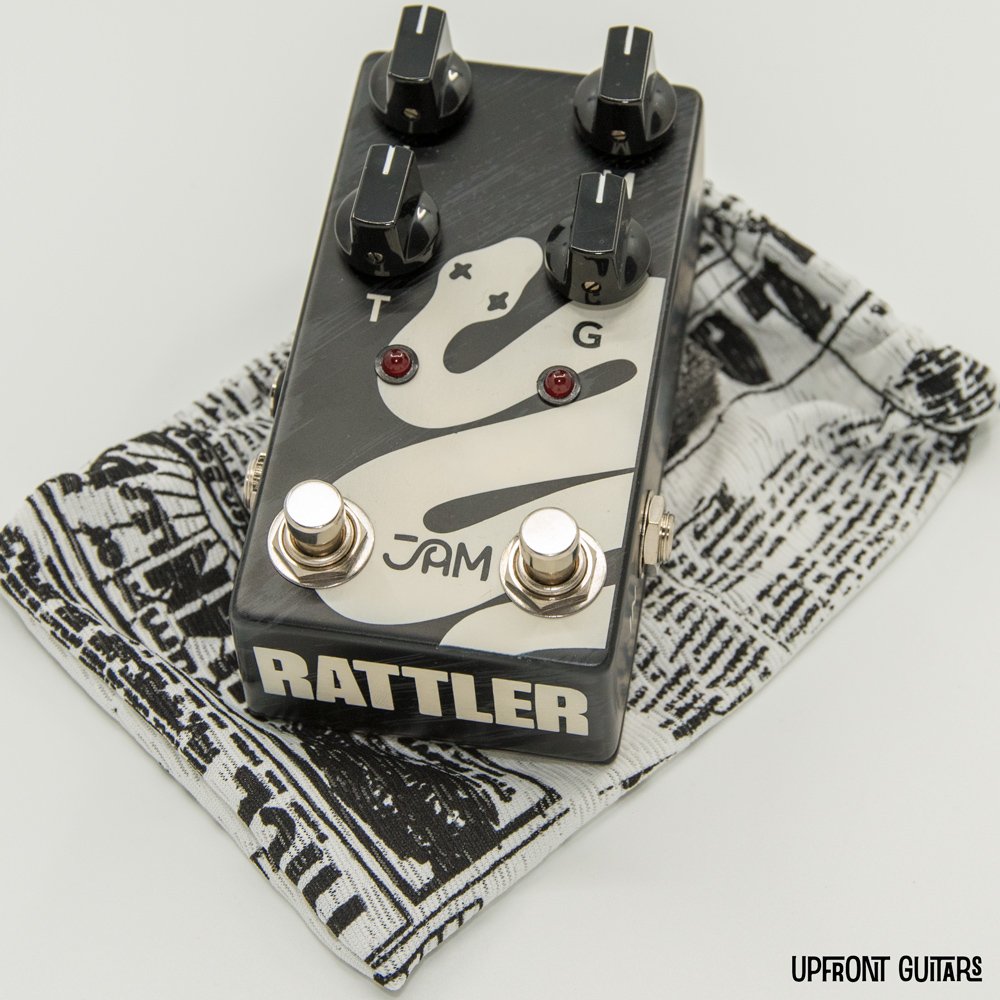 The Rat King has been unleashed for the bass guitar: It's the JAM Rattler Distortion for Bass with wet/dry mix and dual stage gain. This circuit is a true to form reincarnation of the original ProCo Rat distortion pedal that changed the way people thought about high gain effects. In order to perfect the design without losing it's true voice the Rattler features real NOS LM308N chips, carbon comp resistors and symmetrical diode clipping for the perfect bass response. As always, JAM differentiates themselves by using unique architecture and hand-assembling and painting each unit in Athens, Greece. Some of the best guitarists in the world swear by JAM Pedals, come find out why.

While this is a Rattler Bass distortion pedal, it works equally well for guitar, and the enhanced low end voicing and dual stage distortion boost is very appealing to guitar players who are looking for a fatter grind.

The Rattler is able top bring this coveted voice to life thanks to tedious R&D combined with components faithful to the original. The whole circuit revolves around a now famous op-amp, the Motorola LM308N. This chip is in such short supply that the remaining Rattler production will only be available as long as parts last. The other key components are carbon comp resistors which can operate unfazed when hit with high energy pulses, and the symmetrical diode clipping.

Symmetrical clipping takes your overdriven signal and clips the positive and negative wave forms evenly resulting in a smoother, open grind that we know and love as classic distortion. Once you shape your tone and set the level, the gain knob lets you decide just how devastating your sound will be. That being said, the most alluring characteristic of this pedal has got to be the wet/dry mix control which is not a feature on any other incarnation of the Rattler pedals. You have full control of how much clean signal is retained in the mix giving you unprecedented tonal options. But they didn't stop there. The Rattler Bass also features a secondary gain stage for sending your crunch levels through the roof with the tap of a switch.

Thanks to this special X factor, the Rattler has made its way onto the boards of big name artists who previously used the ProCo Rat. Genre is almost irrelevant in this list of legends ranging from Al Di Meola, Nels Cline, Julian Lennon, Robert Randolph and more. In the mad world of pedals it's a known fact that pretty much everybody makes a distortion pedal. However not everybody has perfected it, which in a physical and auditory sense, seems to be the feat that JAM has pulled off with the Rattler. Whether you know you're into distortion or not, curiosity might just kill the Rat.